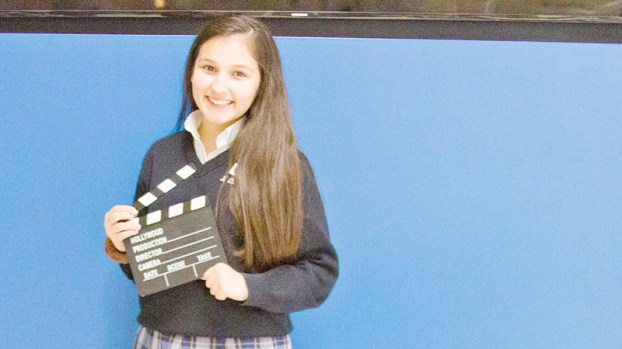 Meet Karen Trichell: Your Archdiocese Student of the Year

LAPLACE — Among a staggering level of competition between numerous students from Metairie to Bogalusa, St. Charles Catholic eighth grader Karen Trichell was selected to represent the entire Archdiocese of New Orleans as student of the year.

Only one other SCC student has achieved this prestigious designation since 2012, according to school officials.

Karen said it means everything to her to have received the award.

Through the experience, she’s learned her strengths in commitment and dedication are best used to service others.

“I want people to come to me if they ever have a problem,” Karen said. “I want to be the light for people, someone people can look to for just a smile because that can change someone’s life.”

She received the St. John Bosco award for achieving the highest academic average in her Ascension of Our Lord graduating class and was awarded the Benjamin Piovan Memorial Scholarship for extensive community service.

Karen’s service initiatives include participating in Relay for Life to support the American Cancer Society and volunteering alongside family members at Christ the King Catholic Church in Baton Rouge.

During the Thanksgiving holiday, Karen delivered food baskets to the underprivileged. She’s participated in storm relief efforts in LaPlace by distributing ice cream and bottled water to impacted residents.

Most recently, she volunteered to set up the Christmas nativity scene at Christ the King Church.

Karen said her grandmother, Dora Trichell, is a blessing in her life because of their close connection.

When Trichell was diagnosed with Alzheimer’s five years ago, she set a standard for Karen in what it means to have a solid relationship with God.

Watching her grandmother has shaped Karen’s faith and character, and she cites the older woman as the primary role model in her life.

Parents Tammy and Steve Trichell, grandparents Gail and Lewis Ryder and older sisters Kristen and Lauren are also inspirations in her life, reminding her that any worthwhile goal in life requires hard work.

A principal’s list student, Karen puts her heart into her work and hasn’t missed a single day of school since fourth grade.

“I hope to grow my perfect attendance record throughout my years of high school because it’s something I’m very proud of,” Karen said.

“She’s beautiful inside and out, very caring and kind,” Millet said.

“We’re just so fortunate that Karen is a Comet. We know she’s going to fly high and shine bright.”

Principal Andrew Cupit isn’t surprised by Karen’s Archdiocese of New Orleans achievement. Though she’s only in eighth grade, Karen has set a precedent of leading by example.

“Karen is actively involved in numerous school and community activities,” Cupit said. “I am confident she will represent the Archdiocese well in the regional level of competition.”

At school, Karen is a supporter of the arts and an active participant in SCC’s Stagehands drama club.

Karen is preparing for her “fish dancer” and “jungle animal” roles in the upcoming musical “Seussical.” She’s participated in several Missoula Children’s Theatre productions including “Aladdin,” “Peter and Wendy” and “Treasure Island.”

A dancer of 10 years, Karen has ample experience performing for audiences. Once she discovered acting at a summer camp almost four years ago, there was no looking back.

“I enjoy performing on the stage and being in front of people to show them my talents,” Karen said. “Acting has helped me grow as a person spiritually, and it’s allowed me to participate in groups while meeting and talking to new people. I think kids should be able to escape their normal, everyday lives and express themselves in whichever way possible.”

In the future, Karen hopes to pursue a career in acting or directing.

Though she’s taking a break from dancing, Karen plans to remain active by becoming a cheerleader and possibly joining the tennis team.

She’s focused on academics for her eighth grade year by enrolling in ninth grade honors classes and participating in Jr. Beta Club.

RESERVE — Lucia Folk has been in front of a concert audience on numerous occasions, facing a difficult task: Convince... read more