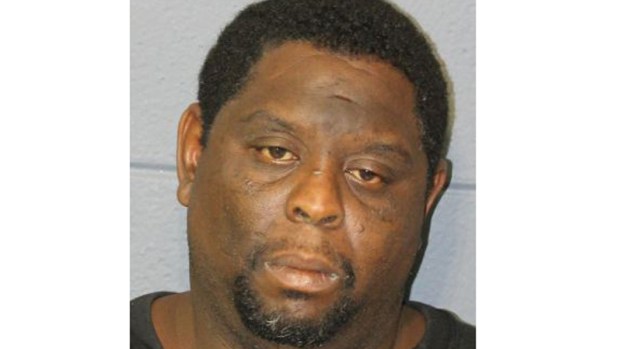 RESERVE — A bicycle didn’t prove the getaway vehicle one local man hoped for, police said, as deputies apprehended a suspect within minutes of a Reserve robbery.

While St. John the Baptist Parish Sheriff’s Office deputies were responding to a robbery at Valero gas station at River Road and Central Avenue in Reserve, 911 dispatch relayed a description of the suspect’s clothing and direction of travel. Deputies learned a male suspect wearing a black shirt and red shorts entered the store, indicated he had a gun and demanded money from the cashier before fleeing on a bicycle, traveling north on Central Avenue.

“Within five minutes of receiving the 911 call, deputies apprehended the suspect, later identified as Alexander Hutchinson, at Central and Railroad avenues,” a Sheriff’s Office release said. “Some cash was recovered on Hutchinson. No gun was recovered at the time.”

Hutchinson, 36, of LaPlace is being held in lieu of a $35,000 bond, charged with first degree felony robbery.

“I want to say, ‘job well done,’ by all on the arrest,” Sheriff Mike Tregre said.

“The dispatchers provided responding officers with excellent details, which allowed patrol officers to arrest the perpetrator within five minutes of the robbery. This was truly a collective team effort.”

RESERVE — In welcoming its first tenant, the Port of South Louisiana Executive Regional Airport is contributing to the economic... read more