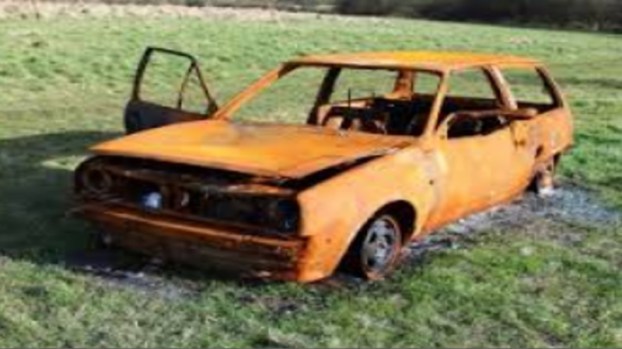 Junked vehicles lead to dispute; Madere: Not my job to give you addresses

Yet, finding consensus between the two sides proved impossible during last week’s Parish Council meeting, when attempts at information sharing turned into conflict and a lack of a resolution.

Madere said he wants to personally escort Planning & Zoning Director Alex Carter or a member of her staff on a driving tour of his District, while administrators repeatedly asked for a list of hot spots.

“Let me explain something, Ms. Robottom, it’s not my job to come to a Council meeting and give you addresses on anything,” Madere said last week while addressing Parish President Natalie Robottom. “OK, it’s not my job to do that. My job is to ride in my District and see things that have not been done.

During an elongated back and forth on the issue, Robottom said verbal or email communication between Council members and staff is preferred.

“You obviously have concerns about locations or specific problems that either have been addressed or have not, get us those addresses so we can be prepared to respond to you,” Robottom said.

At one point during the exchange, Robottom said Carter does not want to ride with Madere, with the District III Councilman responding, “Well, she should or someone for her should do it. She should because she works for this parish.”

The Planning and Zoning Department is focusing more attention on property violations where run-down and stationary vehicles are creating eyesores and hurting the quality of life and property values.

Three code sweeps since May are the result of the Parish Council’s ordinance adoption that improved and clarified violations pertaining to junked vehicles.

Carter maintains Parish employees don’t necessarily want to sweep each street, racking up violations and fees, but instead want word to get out about enforcement, which hopefully leads to personal action for violators that doesn’t involve $250 parish fines and additional tow truck company fees.

Depending on which tag a junked vehicle receives, the property owner or vehicle owner — depending on where it is located — is compelled to take corrective action in five or seven days or face removal and fines at their expense.

Those with concerns should contact the Parish’s Code Enforcement Division at 985-359-1185 or g_codeenforcement@stjohn-la.gov.

At the time, the Councilman told L’OBSERVATEUR the Parish’s response was overdue.

During last week’s Council meeting, Madere said he has not seen significant improvement.

“I haven’t seen any tags or anything like that,” he said. “I just want to know what is going on parishwide if I don’t see any signs of improvement in the area where I drive around every day.”

“(Code officers) are issuing violations and processing them,” Carter said. “Residents are complying. Ninety-nine of our violations were closed, likely because most people picked them up after they were tagged.”

Queen of Hope Pageant showcases strength in face of cancer

RESERVE — The Queen of Hope Pageant is more than a pageant, it’s a mission, organizers say. The pageant, celebrating... read more