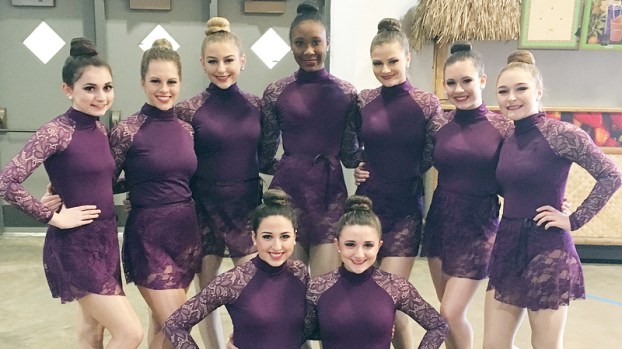 LAPLACE — When a team member broke her foot between numbers in the midst of the American All-Star Louisiana State Championship dance competition in Lafayette, the St. Charles Catholic High School Starsteppers had to think fast.

Kick and pom dances were hastily reconfigured backstage to account for one less dancer, according to coach Christine Creppel.

Pitted against teams including Lutcher, Riverside Academy, Hahnville and Destrehan in Division I, the Starsteppers earned second in kick and jazz and fifth in pom.

On a state level, the team competed against more than 20 high schools from around Louisiana to place second in kick and fifth in jazz.

It comes as no surprise to Creppel, who has watched the team shine with potential all year.

“These girls are phenomenally talented,” Creppel said, adding this year’s group is one of the best she’s ever coached.

“They’re all great girls with big hearts who are very talented and love to dance.”

Creppel said this year’s jazz routine, which featured the talents of all nine dancers, was especially successful because of its originality.

Rather than sticking with high intensity music reminiscent of football season, the Starsteppers took a modern approach, dancing to an a capella version of Whitney Houston’s “I Wanna Dance With Somebody.”

The dance attracted the attention of judges with precise, technical movements, Creppel said.

She also identified the pom routine as being a high-energy crowd pleaser. Creppel opted to not single out any dancers as top performing because all contribute to the success and identity of the team.

“I’ve been doing this for 15 years, and I absolutely love working with these girls and helping them reach their full potential as young, Christian women,” Creppel said.

During practice, the girls are working on changing and perfecting routines in preparation for Nationals, which takes place Feb. 11 at the Epcot World Showcase in Disney World. Creppel said Nationals is the highlight of competition season, requiring months of preparation.

The Starsteppers will perform jazz, pom and kick routines from state competition in addition to a new pop dance titled “Hallelujah.”

During the performance, the dancers will maneuver 8-foot angel wing props.

Nationals is a great opportunity for the team to make memories, according to Creppel, whether it be exploring Epcot with friends or watching performances from top-ranked groups.

“I love being in the parks with the girls and seeing how excited they are to be there together, but they truly enjoy seeing the competition,” Creppel said. “There’s a lot they can learn about technique from other groups.”