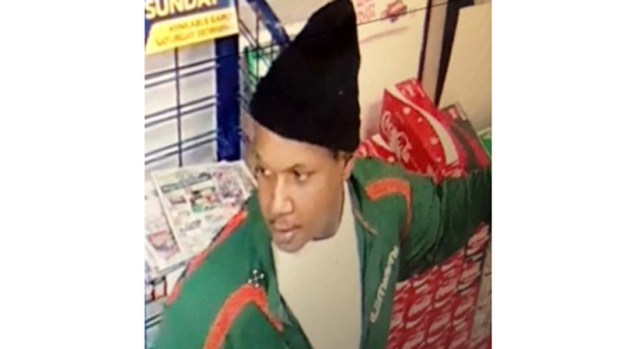 GARYVILLE — Police identified a man with local ties they say is responsible for robbing three gas stations this week, including a gunpoint altercation in Garyville.

On Friday, Sheriff Mike Tregre announced authorities were looking for Brandon P. Washington, announcing he was to be considered armed and dangerous.

Washington may be driving a silver 2006 Dodge Charger with Louisiana license plate YHV-419.

Anyone with information about the suspect’s whereabouts is asked to call the Sheriff’s Office TIPS line at 985-359-TIPS or the Criminal Investigations Division at 985-359-8769.

According to the St. John Parish Sheriff’s Office, a man entered Chevron/Marathon Truck Stop on West Airline Highway at 10:30 p.m. Tuesday to make a small purchase.

“During the transaction, he pulled out a handgun, pointed it at her and grabbed an unknown amount of money from the register,” a Sheriff’s Office release said.

“Surveillance cameras captured the incident, as well as the subject fleeing.”

Police said the gunman is a black male with light brown skin, light facial hair and a mustache.

He was wearing a black beanie cap, light colored blue jeans and a University of Miami windbreaker with orange stripes on the shoulders.

The gunman fled in the silver Dodge Charger with a front hood scoop, sunroof, dark rims and spoiler on Airline Highway towards St. James Parish.

Police describe the victim as a 22-year-old employee of the business.

In the early morning hours Wednesday, police said they believe the gunman robbed a Marathon truck stop in Gonzales and a Shell gas station in Iberville Parish.

VACHERIE — A Toys for Tots distribution and Cocoa with Kris Kringle is planned from 10 a.m. to 2 p.m.... read more