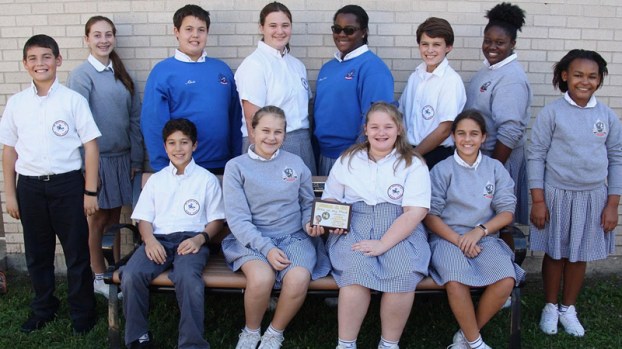 Three of their groups placed and have qualified to compete at the Beta Club State Convention in February.

Payton Haley, from left, Taylor Robinson and Emma Meneses read books before the competition and competed in the Book Battle against students from other schools who read the same books. They placed first.

Dillon Duley, from left, Nathan Abadie, Evan Stevens, Brady St. Pierre and Connor Turner placed second in the Tower of Power
competition. They had a limited amount of time to construct a tower out of tape and drinking straws that would support a tennis ball for one minute.

When I drive, I listen to Christmas music. While few require explanation, my granddaughter Adeline had a question about one... read more