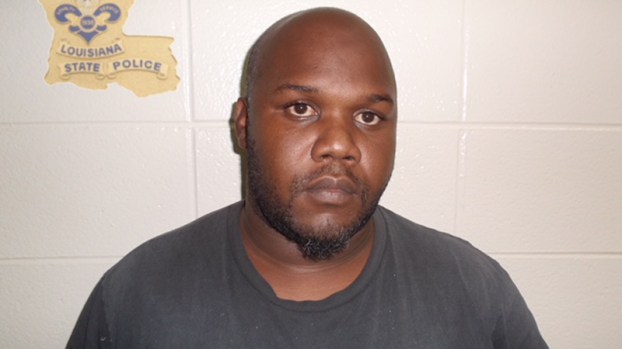 RESERVE — A tip from St. John the Baptist Parish led to the arrest Friday night of the man authorities feel was behind the wheel of a fatal LaPlace hit and run.

The St. John the Baptist Parish Sheriff’s Office received information from a citizen regarding the whereabouts of the suspect vehicle. Troopers and deputies found the vehicle and the driver at his residence in Reserve.

On Friday, State Police released this photo of the suspect truck, asking for tips from the public.

The crash remains under investigation, according to State Police.

“Louisiana State Police would like to thank the community for their support and vigilance in this case,” a Saturday morning release said.

On Friday morning, Troop B authorities said additional photos of the suspect vehicle showed it had Louisiana license plate X444666.

“This license plate is not registered to the suspect vehicle,” a State Police release said. “It is possible that a different license plate may be attached to the vehicle at this time. The pick-up truck is unique and has a different color tailgate and there is a significant difference in paint colors on the sides of the vehicle.”

Police said the fatal wreck occurred at approximately 6 p.m. Nov. 25 near the intersection of Airline Highway and Jaubert Lane in LaPlace while Webber was walking north across Airline Highway.

Preliminary investigation revealed Webber was in the left lane on the westbound side of Airline Highway when a truck struck him.

The victim was knocked onto Airline Highway’s eastbound lane, where he was struck again. State Police said the driver of the second vehicle stopped following impact, cooperated fully with authorities and is not facing charges.

Webber died on the scene.

Family members described Webber as an electrician, who loved to fish and shoot pool.

A family man who didn’t have children of his own, according to cousin Tracy Scott, Webber came from a close-knit family and was always “a great uncle to his nieces and nephews.”

“He had a wonderful sense of humor and a big heart,” Scott said. “He would give you the shirt off his back. He was just very well loved and well liked by everyone. He never met a stranger. He had a fantastic smile.”

RESERVE — While others gathered with family and sat down to a Thanksgiving meal, Riverside Academy senior Lindsay Noyes danced... read more