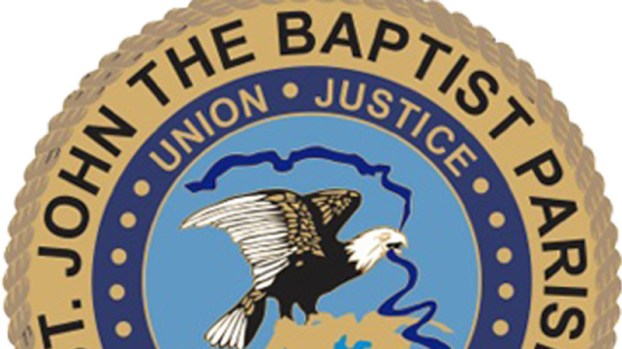 Those items and more during a marathon meeting this week added more kindling to an increasingly simmering relationship between Council Chairman Larry Snyder and Councilman Lennix Madere Jr.

Snyder attempted on several occasions to corral his colleague as Madere, who appeared agitated from the start of the finance committee meeting, peppered Administration officials, engineers and even other Council members with pointed and challenging outbursts.

The normally tepid finance committee offered a precursor of the night when the Council surprisingly tabled several items that what would normally be considered mundane motions. Perhaps one of the oddest was tabling a motion awarding the Parish’s group life insurance to Sun Life Financial, which Stacey Cador, director of human resources for the Parish, pointed out was ranked first out of the four proposals submitted.

Snyder said he had no problem with the company but more so with the agent the parish uses.

“We need to keep the good old boys out of this,” he said. “We can get the insurance with any agent.”

Several Council members countered, telling Snyder an agent that has developed a long-term relationship with a particular carrier often receives discounts that can be passed on to the parish. But Snyder disagreed.

Shortly after, a seemingly benign discussion regarding a potential cooperative endeavor agreement involving the parish and the Voodoo Model Boat Club turned controversial.

The club has used the Airport Road point for model powerboat events in the past and terms of the agreement called for Voodoo to share in the cost of maintaining the area.

The annual cost of maintenance is $15,000, and the boat club will pick up 10 percent of that amount as outlined in the agreement.

The pond area is locked, and club members have keys to use, which drew Snyder’s anger.

He insisted the pond should be open to the public at all times. Utilities Director Blake Fogleman said the area is locked because of a near-by incinerator and large population of alligators in the water, posing a safety hazard.

“That is not a good enough reason to close it,” Snyder said. “It is a good fishing area.”

Parish President Natalie Robottom also expressed concern regarding the alligators, acknowledging the area “can be dangerous.”

Snyder also objected to the proposed five-year contract, asking why it needs to be so long.

Minutes later, Madere launched a verbal assault on Fogleman, engineer Mira Para of Buchart Horn Engineers of Baton Rouge and several other individuals regarding a motion for substantial completion with Subterranean Construct for Phase III of the Reserve Drainage Project. Madere said he “totally disagreed” that the project was substantially complete and at one point even made accusations against a member of Subterranean’s construction crew, which was disputed by a company official.

Madere pointed out what he believes were several deficiencies in the construction, including cement work on driveways, the planting of centipede grass where St. Augustine grass had previously been planted that had to be dug out to complete the work and ownership of the dirt that was removed.

On at least two occasions Madere was told that the Department of Development and Transportation required centipede grass be replanted, but he continued that St. Augustine must be planted.

It was during this lengthy exchange that the first dustup involving Snyder and Madere fostered, as the Council chair attempted to bring some order and move the meeting forward. Although the project is substantially complete and only the punch list remains to be completed, the item was tabled.

During the regular meeting Snyder also expressed his displeasure with Metro Service, which picks up St. John Parish garbage. According to Snyder, Metro has been delinquent picking up garbage on assigned days and added “nothing is ever done about it.”

Water once again resurfaced during a discussion on potable water projects. Snyder said he is a “proponent of well water” and “doesn’t think using river water is feasible.”

“I want a well (in the Ruddock area where a well is already supplying water to LaPlace),” he said.

He estimated the cost would be $3 to $4 million.

Ring levees were also discussed, especially pertaining to the Cambridge subdivision, which has experienced flooding issues. During the discussion, it was pointed out that while a ring levee would likely help Cambridge, the water would be pushed elsewhere and flood other areas.

Water bill collections, which have been an albatross for the Administration for more than a year, once again turned into a heated discussion.

Utilities Billing Manager Curtis Young said overall complaints have decreased, as well as disputes regarding the estimation of the meter readings. During the discussion Councilwoman Julia Remondet renewed her request from several weeks ago asking for an audit of the department, fix what has gone awry and to move forward.

Young said improvements should be forthcoming when a new system goes live in the early part of 2018.