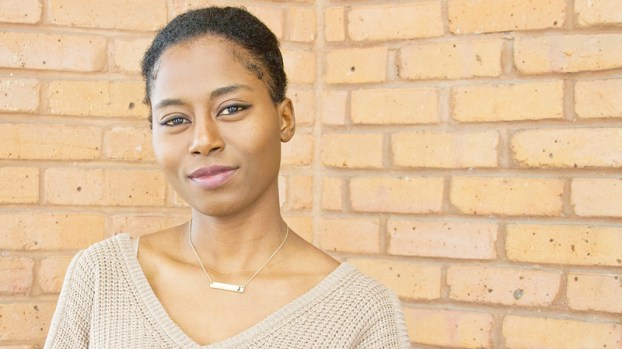 LAPLACE — Jamacia David is collecting donation-filled shoeboxes this week to benefit underprivileged children around the world as part of Operation Christmas Child, and she knows firsthand the impact the boxes will have on those who receive them.

Though she currently lives in LaPlace, David resided in a small village in the South American nation of Guyana until 2015 and has seen Operation Christmas Child, a Samaritan’s Purse project, in action.

She recalls being blessed with a shoebox donation stuffed with candy and a Mr. Potato Head when she was 7 or 8 years old.

At first, she was envious of the colorful kaleidoscope her sister received, but both toys ended up being dearly loved and played with until they fell apart from wear and tear.

Spontaneous gifts were out of the norm, as she and her siblings would typically wait for their father, who worked out of the country, to come home and bring clothes and treats a few times a year.

“Back then, they didn’t tell kids they were getting boxes,” David said. “It was such a surprise, and it was such a blessing.”

David said children in her village were given Operation Christmas Child shoeboxes regardless of their ethnic background or religious beliefs, and it was heartwarming to see people’s faces light up in excitement upon seeing the boxes.

The donations drew families closer to the gospel and encouraged David to be a blessing to others.

Children hold up their Operation Christmas Child shoebox donations at the Bethel New Testament Church of God in Guyana in 2014, the year Jamacia David served as a Sunday School teacher. She said it was a blessing to see the children’s faces light up.

In 2014, she taught The Greatest Journey, a 12-step Samaritan’s Purse discipleship program to children ages 2 to 6 at Bethel New Testament Church of God in Guyana.

In 2015, her family relocated to the United States following an 11-year waiting period.

David believes everything happens for a reason, and timing is no different. She’s excited to see what God has in store for her life and where He will lead her next.

Now 22 years old, David lives in LaPlace with her family, where she attends New Wine Christian Fellowship and takes classes at South Central Louisiana Technical College in Reserve with ambitions to get accepted into nursing school.

She aspires to travel to different countries around the world and impact the lives of others.

She was reminded of her childhood experience in Guyana in the spring, when she went to Elmwood Theatre with friends and saw a showing of Facing Darkness, a Samaritan’s Purse movie about the Ebola crisis.

“After I saw the movie, I was so inspired,” David said. “I was like, hey, I know Samaritan’s Purse. I didn’t know they were so big. Both my friends wanted to pray after, and I wanted to volunteer.”

Months later, she filled out an application through the organization’s Facebook page.

After sharing her story on the application, coordinators of Operation Christmas Child reached out to David and asked her to be a speaker on behalf of the project.

This season, she’ll be a student volunteer, encouraging young people to pack shoeboxes. She’s already reached out to a group of her friends and has encouraged the pastor at New Wine to join the Operation Christmas Child project next year.

“It’s definitely something people should do,” David said, adding it’s a way to show children that people out there in the world care about them. “It really makes an impact in others’ lives. You bless a child, but you also bless a family, bless a home, a community and a country. It’s a way to share the gospel.”

David said candy is no longer allowed in shoebox donations, and she encourages people to donate not only toys but also school supplies because many families from Guyana and other countries can’t afford to send their children to school.

First Baptist Church in LaPlace is accepting shoebox donations through Monday, and drop-off times can be found online at samaritanspurse.org along with a list of other drop-off locations in the New Orleans area.

Individuals are welcome to donate, and local churches are invited to host their own Operation Christmas Child drives and deliver shoeboxes to First Baptist Church prior to Nov. 20 at 10 a.m.