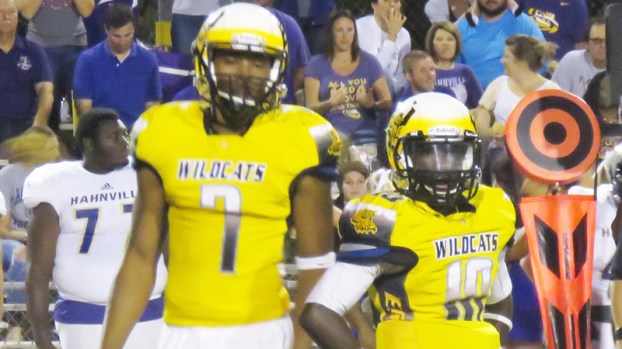 The Wildcats earned a No. 26 seed and first round playoff trip to Ruston High with, perhaps, their most impressive victory of the season last week over South Lafourche, 40-8.

The ESJH defense produced three Tarpons turnovers when they were inside the Wildcats’ 25-yardline.

Following the game, coach Alden Foster said is was the Wildcats’ most complete performance of the season.

Quarterback Duke Crosby led numerous big play strikes, including a 58-yarder to Shelvin Keller and a 78-yarder to Javon Antonio.

The Bearcats (7-2) enter the game with a No. 7 seed in the Class 5A playoff bracket and currently sport a four-game winning streak. During the span, Ruston is outscoring its opponents by a 45.5 to 17.5 margin.

“He gives them a chance to win any ballgame they line up in,” Baugh said Monday morning. “(Crosby) throws the ball and runs around well. I think their running backs and receivers are also good. Defensively, they run to the football well. They seem to be very well coached on both sides of the football.”

According to Baugh, Ruston has improved throughout the season and is peaking at the right time.

“That is where you want to be whenever the playoffs start,” he said. “It’s a big deal to play the first round game at home. It’s good for the community and the kids, but we’re trying to get out of the first round for the first time in a few years. I think the kids are focused in on that.”