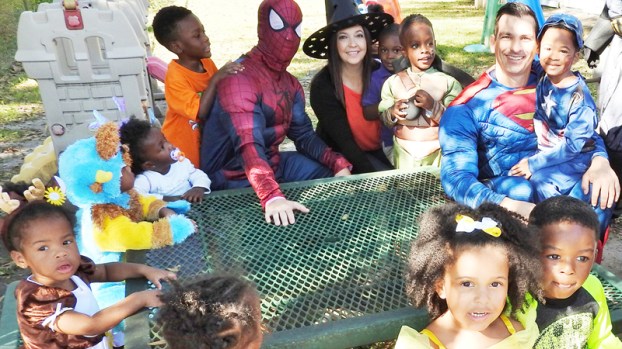 The superheroes and other SJSO characters visited with students.

Elvis also was a highlight of the St. John Council on Aging’s fall festival in Reserve.