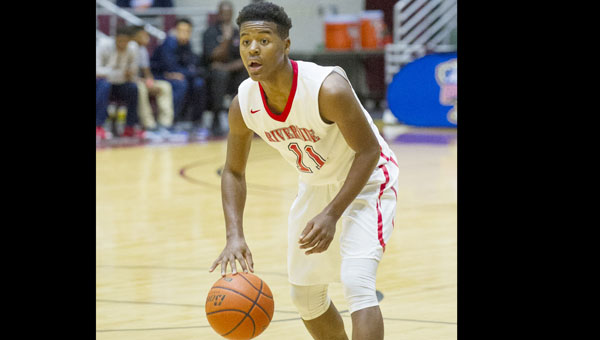 Since Christmas, workers have been steadily dismantling various portions of the iconic blue building and preparing ground for some major renovations and expansion.

In February, workers invaded the gymnasium.

Normally, that would not have been a problem.

By February, the basketballs would have been tucked away and the athletes would have moved on to baseball, track and golf.

At least, that’s what the Comets have done for the last nine years.

This year, however, the team was still in need of its basketballs and its gym, all the way into February.

There were even some anxious moments as the school’s administrators worried about having to borrow a gym to play that quarterfinal game.

They conducted their final practices at St. Joan of Arc Catholic School.

Ultimately, the Comets lost in the quarterfinal on the road at Episcopal, 46-36, ending a dream season, which has earned coach Kemper Todd the nod as L’OBSERVATEUR’s All-St. John Parish Boys Basketball Coach of the Year.

“It was a rather special season. We had a special player in Jordan Arceneaux, and the other seniors came along around him a lot quicker than we expected. I don’t think it was a fluke season. Everything just came together.”

Now Todd’s office, if you can find it, is in the middle of the construction zone.

The nearby gym is getting a complete makeover.

Like the St. Charles program, it’s a work in progress.

Riverside Academy had a rough time of it in 2017.

The team didn’t win the district nor the state title and finished with more losses than it had in several years.

There was adversity, including a pair of concussions, a cracked tailbone and a major bout with the flu, which ravaged the team for three weeks.

A big reason for the team’s success was junior Jared Butler, who has been selected the Boys Player of the Year.

The 6-foot-3 guard who helped lead the football team to the Division III state championship in December, was the go-to guy for the Rebels this season.

Then there was the incredible night when he single-handedly outscored his team’s opponent, putting up 43 points in a 97-39 win over Christian Life.

“It’s an honor,” Butler said. “I feel like it’s the result of all the hard work and dedication I put in over the years in my high school career. It’s a blessing. I’m just glad my hard work paid off.”

More than that, however, he led the team, according to coach Timmy Byrd.

“It wasn’t just about how many points he scored,” Byrd said. “We counted on him to do everything, from rebounding to stealing to getting everyone involved. Towards the end of the season, he really became a true leader.”