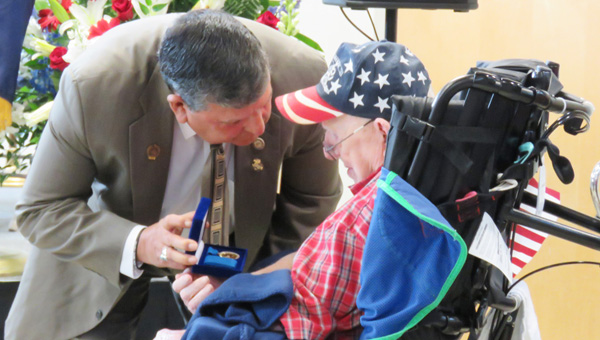 Veterans Home residents line up to receive their Governor’s Medal.

The program, which had been suspended for several years, has been resumed under Gov. John Bel Edwards and will continue with monthly award ceremonies for veterans.

It seeks to honor and recognize Louisiana’s veterans who have served their country.

Baron Bunch, a member of the VFW Post 5852 in Lutcher, served as part of the flag color guard for Thursday’s ceremony.