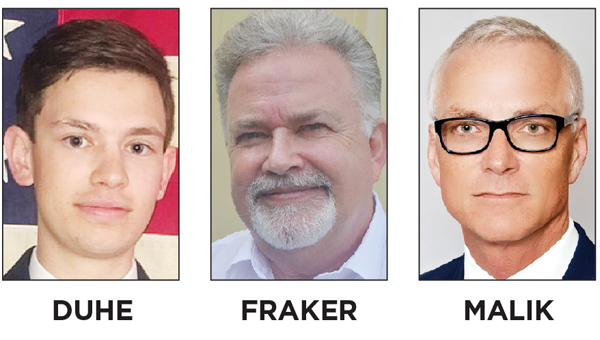 Know who you are voting for: Forum designed to introduce District 7 Parish Council candidates

LAPLACE — The more informed voters are, the better decisions they will make in the voting booth.

That’s according to local business owner and president of the Belle Terre Civic Association Raj Pannu, who also is serving as interim councilwoman for District 7.

To help voters become more informed, the Belle Terre Civic Association is hosting a forum for the candidates running for the District 7 seat on the St. John the Baptist Parish Council at 7 p.m. Thursday at the Belle Terre Country Club, 111 Fairway Drive in LaPlace.

Candidates James “Buddy” Duhe, Steven Fraker and Thomas Malik will attend the forum, which is open to the public.

“My aim is to let the voters get to see and hear all three of the candidates to learn about their plans for the Parish and what ideas they are going to bring to the Council,” Pannu said. “I want them to be able to make an informed decision. I don’t want them just to vote because they are so-and-so’s friend. That happens too much. We want someone who is going to do a good job of representing our area.”

Each candidate will be allowed an opening statement and closing statement. In between, a panel of citizens (which was still being put together at press time) will ask the candidates questions. No questions will be taken from the audience.

Duhe, who is new to the election scene, said he is looking forward to the opportunity to let voters know more about him.

Duhe wants the voters to be well-informed before making their decisions and wants to make sure voters know about the election.

“You know, it’s not like the Presidential election, where everyone knows about it,” he said. “We need to make sure we get the word out that there is an election taking place.”

Fraker, who is a local tax preparer, is in the midst of his busiest time of year, thus he hasn’t had an opportunity to do much campaigning. He hopes to use Thursday’s forum as a chance to meet more constituents.

Paradis man sentenced to 15 years after Edgard store hold up

EDGARD — A West Bank gas station robbery, thwarted by a quick-thinking attendant, came back to bite the gunman, who... read more