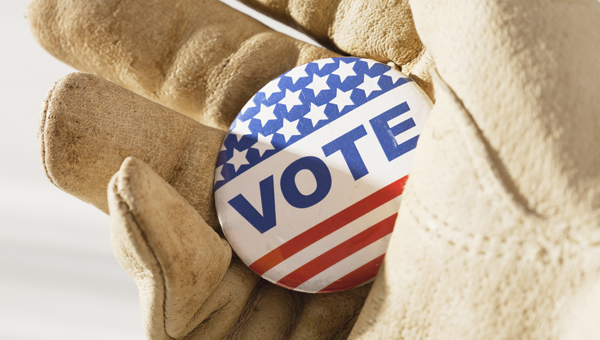 Registrar of Voters appointment questioned by some Council members

Many were intently watching the process, as St. John is the first parish in Louisiana to appoint the position following last year’s voter-approved amendment requiring greater standards for employment.

Council members ultimately approved Russell Jack, a current St. John the Baptist Parish School Board member, as the parish’s next Registrar of Voters.

“I have always been involved in the community on the East Bank and the West Bank,” Jack told L’OBSERVATEUR. “I have always been a very strong supporter of assisting young people to register to vote and always encouraged people to get involved. I think it is a very important part of society.”

Council members also voted to approve Monica Joseph for Registrar of Voters, but that motion failed for a lack of a majority.

Those who voted for Joseph included Pannu, Snyder, Remondet and Perrilloux.

A motion to nominate Mary Numa to the position was also considered, but Council members did not vote on the nomination because it failed to generate a second.

Louisiana voters approved new requirements for parish registrars, who are responsible for overseeing elections and the registration of voters.

Registrars must now have one of the following:

• Bachelor’s degree from a college or university plus two years of work experience.

• An associate degree and four years of work experience.

• Five years of experience at a registrar’s office.

The work experience must be “professional” in nature, like an office job, to satisfy the requirement.

St. John Parish, like all other government entities, must publicize the vacancy through official notices, press releases and website notifications, which took place this year for the first time according to Parish Council members.

Louisiana voters approved the new requirements to curtail instances of political favoritism that had come to define these appointments in some instances across the state.

L’OBSERVATEUR reached out to each Parish Council member to gauge his or her reaction to the evaluations and voting process.

Becnel, who represents District 1, said Jack’s longtime service on the School Board and positive interactions with the public make him an ideal Registrar of Voters.

“He is going to learn that job,” Becnel said. “That is why you have people who are going to be working there with him. I look at him as a community leader. This is a people-skill job. There is no doubt in my mind, he can (learn the job). That goes with any new job. None of us really has experience taking a new job, but you can learn with on-the-job training.”

Snyder, who represents District 6 and first nominated Numa for Registrar of Voters, said he was disappointed with the voting results.

“I did my homework on all of the candidates,” Snyder said. “We had information on all of them. Some of the other councilmen didn’t believe what I believed.”

Snyder said Jack is a college graduate and will be able to get “up to par” with the requirements quickly.

District 2’s Remondet said Jack’s lack of experience with the Registrar of Voters or Clerk of Court’s office could be a detriment to St. John the Baptist Parish.

“We’re taking our most sacred right — to vote — and we’re putting that in the hands of an inexperienced person,” she said. “I’m not saying he can’t eventually learn, but this is a working position. It is not just a public figure. You are in a working job, and that experience is so important. You are running our elections with the Clerk of Court.

“I have nothing against Mr. Jack; in fact, he has always been a very kind person. But, that lack of experience will impact that position. The only thing we should have been looking for was the experience.”

Pannu, who serves District 7, said she was “very disappointed” with the way things played out during the Jan. 24 Parish Council meeting and votes.

“(Monica Joseph) has worked with the Registrar’s office through the Clerk of Court’s Office,” Pannu said. “She knows how to run an office. She has that experience and knows the workings of the government. I thought we should always have somebody who knows a little bit about how to run a government office.”

Sorapuru commended Jack as a flexible person with a wealth of Parish experience gained through more than a decade on the School Board.

“He has served a number of charitable functions and organizations,” Sorapuru said of Jack. “He always tries to bring this community together.

“He is a grassroots, frontline person. He is easy to talk to, knows how to approach people, doesn’t mind standing up for the community and believes in treating everybody fair.”

Sorapuru said he has no worries about Jack leading the Registrar’s office, adding that is what “hands-on training” is about.

“There are a lot of people serving in his office (to help,)” Sorapuru said. “I have no doubt that Russell (Jack) will give the best service to the community, which is what it deserves.”

Hotard said all Parish Council members want the Registrar of Voters Office to continue to run efficiently and with professionalism.

“There are some things that can be upgraded,” she said. “With some things, like early voting and things like that, we run into logistics issues, more so on the Parish government side of the building.”

Hotard said she feels confident Jack can pick up the job, adding the entire process was Council-driven, including the firm selected to vet all candidates.

“I think it added to having better candidates, and it allowed everybody to participate,” Hotard said. “In the past it was not openly advertised. This allowed for more qualified candidates to apply and participate.”

Madere, District 3 councilman, feels confident in Jack’s selection because of the vetting process that preceded it.

“I know Mr. Jack from being a School Board member and I used to teach Mr. Jack when he was in afterschool, so I’ve known him since he was in high school and as a young man on the School Board,” Madere said. “I’m pretty confident that he will be able to handle the job.”

Wright, who represents District 5, said the Parish Council was faced with a daunting task in selecting a new Registrar of Voters.

“With much guidance from the District Attorney’s office, a selection process was put in place, which included hiring an outside firm to select the most qualified candidates,” Wright said. “Mr. Jack was among the top candidates recommended by the firm. I’m excited about the energy Mr. Jack will bring to the office and look forward to the smooth transition and operations of the ROV office.”

Councilmen Perrilloux did not respond to a request for comment.

ATLANTA — Tyson Jackson knows just about everybody in the River Parishes is a Saints fan. He gets it. He... read more