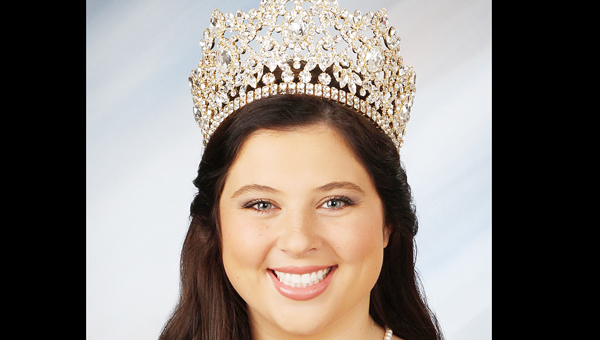 Sean Roussel and Alexis Shirer will share the spotlight as King and Queen Du Monde XXXVIII in the River Region’s largest Carnival celebration.

The current Krewe Du Monde activities are run by and for the benefit of the Lion’s Club of LaPlace.

Sean of Paulina is the general manager for Philadelphia Mixing Solutions. He is married to Mona Faucheux Roussel and they have one child, Nicholas Roussel.

In his spare time, Sean enjoys cooking, traveling, community theater and spending time with friends and family. He serves on the Board of Directors for River Parish Community Theatre and is a high school football official.

He is also a former LaPlace Lions Club president and a former councilman in St. John the Baptist Parish.

Shirer of LaPlace is the daughter of Rachael and Paul Shirer Sr.

She is a 2015 Graduate of St. Charles Catholic High School and plans to transfer in the spring of 2017 to Xavier University of New Orleans to pursue a pharmacy degree.

Alexis’ pages are Briley Ray, daughter of Mandy and Scott Ray, and Ashton Cancienne, son of Mary and Aaron Cancienne.

Pages to the King are Caroline Gaubert, daughter of Brittany and Derrick Gaubert, and Maddox Madere, son of Randy and Nicole Madere.

The sword-bearer to the King is Parker Millet, son of William and Lori Millet.

Other members of the royal court include six Duke and Maid pairings, as well as a Captain.

Duke Jason Montegut of Metairie is employed as an audit supervisor at Duplantier, Hrapmann, Hogan & Maher, and is married to Renae.

Maid Emilie Boucvalt of New Orleans, the daughter of Jobé and Anne Boucvalt, is working on her prerequisites to apply to nursing school and is employed at a children’s indoor playground.

Maid Kassie St. Pierre of Gramercy, the daughter of Melanie and Patrick St. Pierre, is a student at Louisiana State University majoring in elementary education.

Duke Wayne J. Vicknair of Garyville is owner of Advanced Marketing & Promotions. He is married Jennifer Swazey and they have two children: Ali and Zach.

Maid Chelsie Lynn Cupit of LaPlace, the daughter of Steve and Julie Cupit, works at Brand Energy and Infrastructure Services and graduated from Delgado Community College in December 2016 with a degree in accounting and accounting technology.

Duke William “Bill” Guzman III of Paulina, is the manager of Guzman’s Machine Works, and he and wife Erika Duhe Guzman have three children: Emma, Beau and Eden.

Maid Haley Michel LeBouef of St. Amant, the daughter of Stephen and Holly LeBouef, is a student at River Parishes Community College and is working toward a degree in wildlife biology.
Duke Carl J. Freeman of LaPlace, owner of C. Freeman Enterprises, is married to Betty Jean “BJ” and has three children: Carl Freeman Jr., Lauren Candies and Grant Candies.
Maid Cobi Y. Smith of LaPlace, the daughter of Jaclyn S. Hotard, is a student at Louisiana State University majoring in mass communications and pre law.
Duke Christopher J. Cancienne of LaPlace, owner of Cypress Physical Therapy, is married to Aimee B. Cancienne. They have two children: Cooper John Cancienne and Emerson Kate Cancienne

Maid Madisen Roussel of Lutcher, the daughter of Terry and Melissa Roussel, is a senior at St. Charles Catholic High School.

William Millet is Krewe Du Monde’s captain, and his wife, Lori, is the captain’s lady. William has been involved with LaPlace Lions Club and Krewe Du Monde since 2010.

He and Lori have three children: Brooke Boe, Parker and Layla. William is a process operator for Mosaic.

The King and Queen and members of their royal court will be officially presented at the 38th Krewe Du Monde Ball — with a “Krewe Du Monde Explores the Continents” theme — at 7 p.m. Feb. 24 at the St. John Community Center.

Tickets, at $75 per person, can be purchased at laplacelionsclub.com or at Roussel’s Fine Jewelry & Gifts, located at 232 Belle Terre Blvd., Suite A in LaPlace.