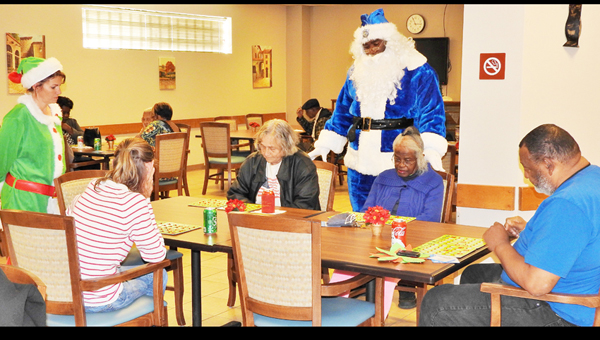 Tregre said he had a great time calling numbers for bingo and visiting residents. Several prizes were awarded to the winners.

Cookies and refreshments were served; and officers also gave out File of Life cards to residents. Elves who enjoyed spending time with the residents were Ann Taylor and Maria Dantin.

LAPLACE — In an effort to share the holiday spirit of giving this season, Parish President Natalie Robottom, her administrative... read more