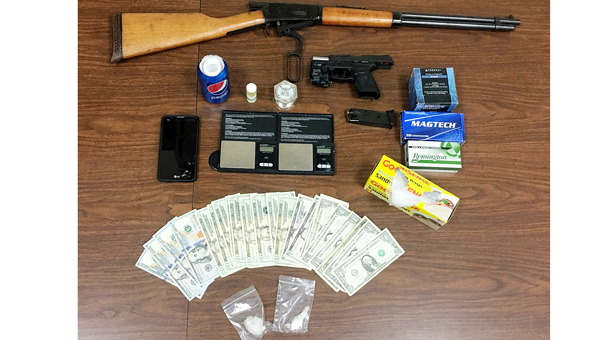 St. John the Baptist Parish Sheriff’s Office narcotics detectives began a drug investigation after receiving a complaint of ongoing illegal narcotics activity in the 300 block of Rosedown Drive in LaPlace.

Detectives identified Eugene Hubbell III, 35, of Rosedown Drive, as a suspect during the course of the investigation, a release from the Sheriff’s Office said.

The value of all recovered narcotics was estimated at $700.

Detectives arrested Hubbell Thursday, booking him with possession of a firearm/carrying a concealed weapon by a convicted felon, illegal carrying of a weapon with a controlled dangerous substance, possession with intent to distribute methamphetamine, possession or distribution of drug paraphernalia and violation of probation/parole.

Authorities said he was arrested in St. John the Baptist Parish more than 15 times since November 1998.