Night Out Against Crime takes to streets 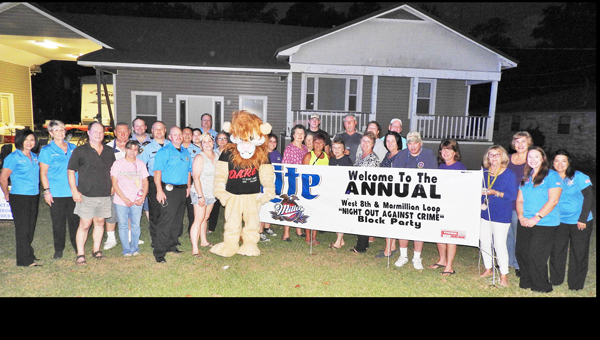 St. John the Baptist Sheriff’s Office deputies and staff members pose for a picture Tuesday with neighbors attending a party at West 8th Street and Marmillian Loop in Reserve for Night Out Against Crime.

LAPLACE — The St. John the Baptist Parish Sheriff’s Office was out in full force Tuesday to participate in Night Out Against Crime in St. John Parish.

The event was a big success, Sheriff Mike Tregre said, with officers attending more than 40 parties on the East and West banks.

Tregre said St. John officers were excited to visit with residents for this special event to show criminals the community and law enforcement are working together to fight crime in local neighborhoods.

Tregre said the Sheriff’s Office is grateful to the many party hosts and to everyone who attended in support of law enforcement.