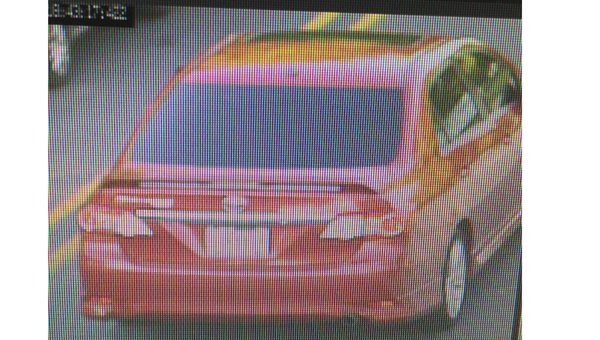 The St. John the Baptist Parish Sheriff's Office released this photo of a 2013 Toyota Corolla with license plate ZNY406 that authorities said perpetrators fled the scene in.

LAPLACE — Tory Horton worked throughout his ninth grade year to better himself.

Horton and East St. John High School principal Cory Butler focused their morning and lunch conversations on what it would take for Horton to become a good man.

Police work the scene Friday at LaPlace Discount, at 820 W. Airline Highway in LaPlace, shortly after they say a man walked into the store suffering from a gunshot wound.

Their attention to detail was paying off for Horton, who the principal said presented himself to strangers and friends, alike, in a cordial manner.

Police said none of that mattered to a pair of assailants Friday afternoon that spotted Horton at a local convenience store, stalked the teenager and shot him in broad daylight, leaving him to die a short time later at a local hospital.

Horton, 16, would have started his sophomore year of high school Monday.

His shocking death was made all the more tragic because the violence cut short his unrealized potential.

School district administrators announced they plan to honor Horton’s memory by presenting his family with an honorary diploma.

St. John the Baptist Parish Sheriff Mike Tregre said Horton was shot one time in the chest at approximately 3:43 p.m. Friday in the parking lot of LaPlace Discount at the corner of Airline Highway and Cambridge Drive — most of the violent encounter captured on surrounding surveillance video.

After the shooting, Tregre said two men fled the scene in a 2013 Toyota Corolla with license plate ZNY406. Video images of the vehicle have been circulated through local and social media.

Tregre said deputies arrested Bruce Butler Jr., 22, Friday night. He is charged with principal to second-degree murder and remains in custody in lieu of a $750,000 bond. Authorities do not believe Butler was the shooter.

Second suspect and suspected shooter Frederick Seymore Jr., 22, of LaPlace is at large, the sheriff said.

“We’ve been trying to catch Seymore since Friday,” Tregre said. “He is running, trying to evade capture. We’re beginning to suspect someone is aiding and assisting him. We’re actually turning to the public through media for assistance. If anybody can help us at this point, we would appreciate a call.”

Tregre warned anyone thinking about helping the suspect avoid arrest, saying, “if we catch you aiding and assisting, I’m going to charge you with every charge I can.”

According to Tregre, the homicide was especially tragic because of the victim’s age and innocence.

“This young man had no criminal history,” Tregre said of Horton. “He had no blemishes on his record. He had just helped his grandfather cut grass. He went to get a fresh haircut to go to school (Monday). He was in line at the barbershop, but the line was too long so he, like kids do, went to the little grocery store to buy a few things. That is where these assailants saw him and waited for him outside in the parking lot.”

Anyone knowing the whereabouts of Frederick Seymore Jr. or the location of the red 2013 Toyota Corolla is encouraged to call the St. John the Baptist Parish Sheriff’s Office TIPS line at 985-359-TIPS or Crimestoppers at 504-822-1111.

Those who call Crimestoppers do not have to testify and may qualify for a cash reward. Tips can also be submitted to stjohnsheriff.org/submitatip.php.