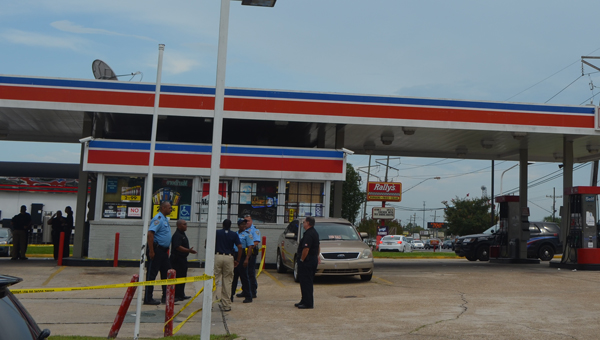 LAPLACE — Authorities are investigating the shooting death of a man Friday afternoon in LaPlace.

St. John the Baptist Parish Sheriff’s Office deputies responded to LaPlace Discount at 820 W. Airline Highway in LaPlace after a shooting was reported at 3:43 p.m. Friday.

Police work the scene Friday at LaPlace Discount, at 820 W. Airline Highway in LaPlace, shortly after they say a man walked into the store suffering from a gunshot wound.

A caller reported to 911 operators a man who was shot came in the store.

Emergency medical services responded to the scene, and the victim was taken to the hospital, where he succumbed to his injuries, Sheriff Mike Tregre announced Friday evening.

Anyone with information regarding the shooting is asked to call the St. John the Baptist Parish Sheriff’s Office TIPS line at 985-359-TIPS or Crimestoppers at 504-822-1111.

Those who call Crimestoppers do not have to testify in court and may qualify for a cash reward. Tips can also be submitted at stjohnsheriff.org/submitatip.php.