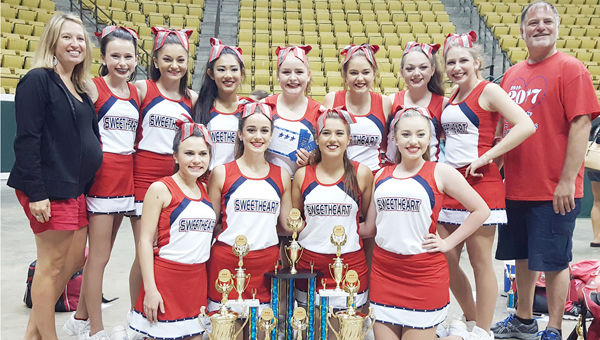 The Southern Sweethearts of Riverside Academy show off the trophies earned at the American All Star Camp at Southeastern Louisiana University.

The Sweethearts just recently held their Mini Camp, where more than 40 girls participated in a week of different dance, technique and team building exercise learning.

The mini campers will be performing at halftime of one of the football games this coming Fall. The Sweethearts are enjoying a small break before returning to Band Camp with the Marching Pride of Riverside in August.