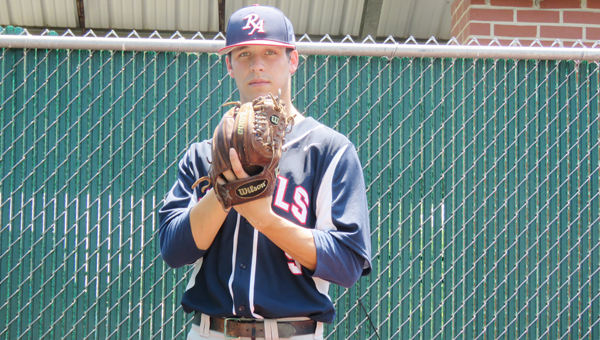 Riverside Academy pitcher Mason Vicknair has been selected as the Class 2A All-State Player of the Year by the Louisiana Sports Writers Association. The rising senior was 8-3 with a 1.34 ERA and 84 strikeouts. He also hit .360.

RESERVE — St. John the Baptist Parish was well represented in the Class 2A baseball and softball brackets with Riverside Academy and St. Charles Catholic sending both teams to do battle.

Although the softball teams fell short of their goal of reaching the State Tournament in Sulpur, the Comets and Rebels baseball teams advanced  — only to fight each other for a spot in the final.

It should come as no surprise, then, that the parish is well represented on the Louisiana Sports Writers Class 2A All-State teams with five young men and women selected.

Riverside Academy placed only one player on the baseball team, but pitcher Mason Vicknair’s performance was enough to earn him All-State Outstanding Player honors.

The rising senior pitcher was 8-3 with a 1.34 earned run average and 84 strikeouts. He also hit .360 with five home runs and 27 RBIs. He was L’OBSERVATEUR’s All-St. John Player of the Year as well.

“It’s a great feeling,” Vicknair said. “It’s not just an award for me. It all comes back to our coaching staff. They pushed us every day at practice. It’s just a great feeling that hard work pays off.”

Said Riverside Academy head coach Frank Cazeaux: “It’s a surprise for where we finished, in the semifinals, but it’s certainly well-deserved. I feel he’s the best player in the state in Class 2A. I’m very proud of him and I’m looking forward to big things from him next year.”

St. Charles Catholic, which finished as the state runner-up for the sixth time in school history after losing the championship game to St. Thomas Aquinas, placed two players on the team: infielder Justin Ory and outfielder Lloyd Nash.

Ory, who graduated in May, hit .325 with 36 RBIs and had a .980 fielding percentage on the season. He has signed to play for Delgado.

Riverside outfielders Tony Perrin and Lexi Johnson were named to the All-State Softball team. Johnson, who was the co-District 12-2 MVP with St. Charles Catholic’s Morgan Nobile, hit .475 and was selected L’OBSERVATEUR’s Player of the Year.