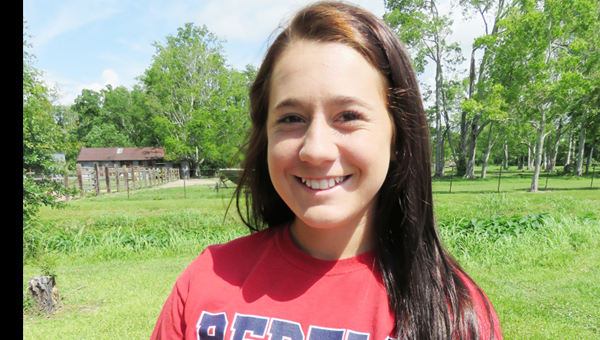 LAPLACE — It was difficult to separate the Riverside Academy and St. Charles Catholic softball teams this season.

Both were the dominant teams in St. John the Baptist Parish and in their district — so much so that they ended up sharing the District 12-2A title.

Riverside Academy coach Tamra Regalo shares Coach of the Year honors. Riverside advanced to the second round of the playoffs.

The Lady Rebels finished with an overall record of 24-8 and with one district loss to St. Charles. They also led the nation in home runs, finishing with 44.

The Lady Comets finished with an overall record of 24-4 and one district loss to Riverside.

Both advanced to the second round of the Class 2A playoffs.

St. Charles Catholic softball coach Ty Monica shares Coach of the Year honors after SCC advanced to the second round of the playoffs.

Riverside Academy placed five players on this year’s team, including Player of the Year Lexi Johnson.

An outfielder and just an eighth grader, Johnson put up some incredible numbers in her second season as a starter. She hit .475 with nine home runs, 52 RBIs and 37 runs scored — down just a bit from her .500 average in 2015.

“She’s just one of those athletes,” Regalo said.

“She’s one of those kids that is really just naturally athletic. She has a real eye for the ball.

Plus, her family is always out there hitting with her, pitching with her, making her get her work in. She has a real good support system.”

UT Erriyel Cemelien, East St. John, Fr. — A freshman who played every position on the field and batted in the top three of the order all season, she hit .304.

UT Tash’ianna Robinson, East St. John, Jr. — This junior finished with a .431 batting average. She was walked 18 times this season.