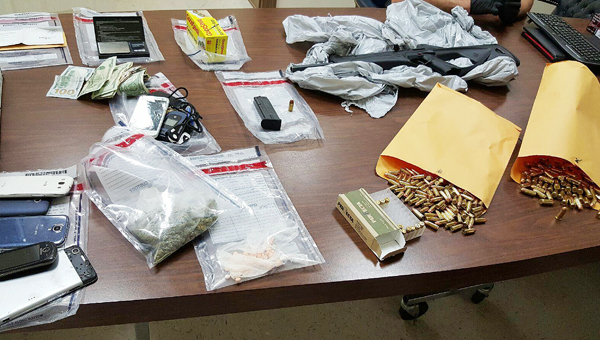 RESERVE — A local man, who was living with his parents, was arrested last week, the subject of an illegal narcotics investigation that centered on multiple locations in Reserve.

After receiving complaints of illegal narcotics activity in the 200 block of East 13th Street in Reserve, Tregre said, narcotics detectives conducted an investigation and identified Schofield as a suspect.

The execution of the two search warrants and Schofield’s arrest culminated the investigation, Tregre said.

Sgt. Dane Clement said the Sheriff’s Office is not releasing which addresses the raids took place at for investigative reasons, adding Schofield was living at one of the locations with his parents.

According to Schofield’s booking information, he was living at 235 E. 13th St. in Reserve.

Clement said no other suspects are being sought.

Authorities did not immediately say if they believed the suspect was selling drugs from the residences raided last week.

During the investigation Thursday, Tregre said detectives recovered an ounce of marijuana valued at $300, 75 ecstasy pills valued at $500, drug paraphernalia used in the illegal sale of narcotics, a stolen tactical rifle and more than 200 rounds of ammunition.

Schofield remains in custody in lieu of a $276,500 bond and a Louisiana Probation and Parole hold.