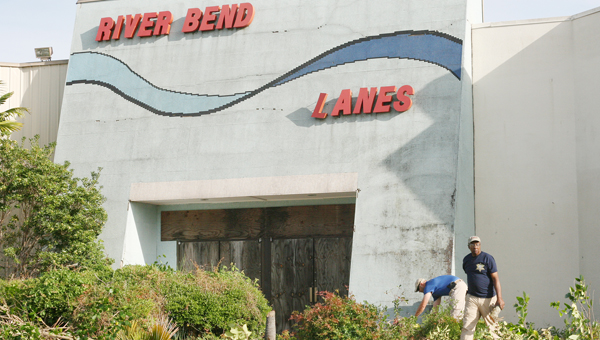 LAPLACE — After spending $500,000 on April 7 the St. John the Baptist Parish Sheriff’s office is the new owner of River Bend Lanes bowling alley.

Sheriff Mike Tregre said the building, which is located at 947 Cambridge Drive in LaPlace, has been closed since 2008.

Unfortunately for residents, the 88,000 square foot building will not be reopening as a bowling alley but as a training facility for St. John the Baptist Parish Sheriff’s Office deputies.

Tregre announced this week he plans to name the new facility in honor of retired former Sheriff Lloyd B. Johnson for his 20 years of service.

Starting early Thursday morning, St. John inmates were hard at work sprucing up the exterior of the building and parking lot. Tregre said he plans to soon put up fencing, outdoor lighting and security cameras.

Tregre said St. John is one of the only agencies in the metro area that does not have its own shooting range.

“The facility will act as a range, a substation and a training academy,” he said. “We can do women’s self defense courses, hand gun safety courses, RAD classes and more.”

This new facility, Tregre said, will bring the department to another level, adding he also plans to open the facility to the pubic by appointment.

With the location of the new facility in Cambridge, Tregre said there is going to be more police presence then ever before.

“It will enhance safety in Cambridge and surrounding neighborhoods,” he said.

Tregre said refurbishment of the building, which he describes as an eyesore, will “enhance the area and liven it up.”

“We have already had some companies that have shown interest in the building,” Tregre said. “It will go out for public bid as we go from phase to phase. I think it’s going to take a while to open. I don’t think it will happen this year. The place has a lot of work that needs to be done to it.”

The Sheriff’s Office has received a number of calls from people asking to purchase the wood used in the bowling alley lanes, and Tregre said staff members are going come up with a process for professionally gutting the building to maintain anything that could be resold.

Revenue from those sales would be put back into the building, Tregre said.