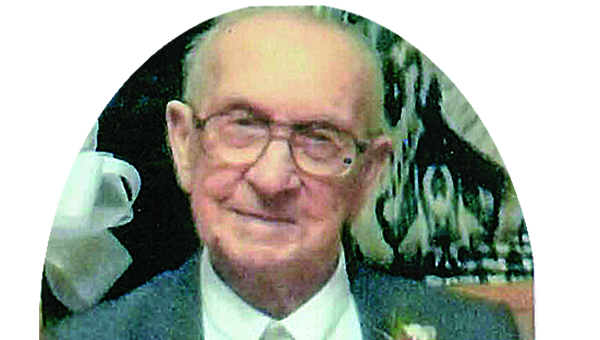 Robert Young, head of research for the Gerontology Research Group, told L’OBSERVATEUR that it is believed Simoneaux took on the title of oldest living American male Jan. 18 following the death of California’s Andrew Hatch, who was 111.

Young said the Research Group uses census and records research to track aging trends in the United States and beyond.

According to Young, Simoneaux was born May 25, 1905. He said 90 percent of people 110 years old or older in the world are female, adding the oldest female in the United States is 116.

According to Young, there are more 150 people worldwide that are 110 years old and over.

Simoneaux saw LaPlace grow from a rural area strewn with fields to the bustling suburban center it is today. He even saw his childhood home get swallowed up by the federal project that is the Bonnet Carre Spillway.

Simoneaux settled in LaPlace in 1930 after the government bought up the land along the line dividing St. John the Baptist Parish and St. Charles Parish.

“We were still doing farming mostly. There were very few jobs you could get,” he told L’OBSERVATEUR in 2010.

Back then, Simoneaux explained, there were very few houses along Main Street. Most of those were inhabited by other family members. The rest of the area was open field.

Simoneux only attended school until he was 13. When he was in the third grade, his father began pulling him out of school occasionally to help with the work that had to be done.

Frustrated, Simoneaux stopped attending regular schooling, but that did not stop him from learning.

While working one of the temporary jobs he held in his younger days, a job in Reserve, the carpenter quit, and Simoneaux was thrust into what would become his lifelong vocation.

Simoneaux eventually taught himself so well he was promoted to foreman. While he was still learning, Simoneaux worked for $1.25 a day. That would soon change, however.

He continued to work as a carpenter until retiring at age 70. He also began growing tomatoes, turnips, carrots, mustard greens, shallots and musk melons.

Simoneaux also enjoyed the odd game of cards at a local watering hole.