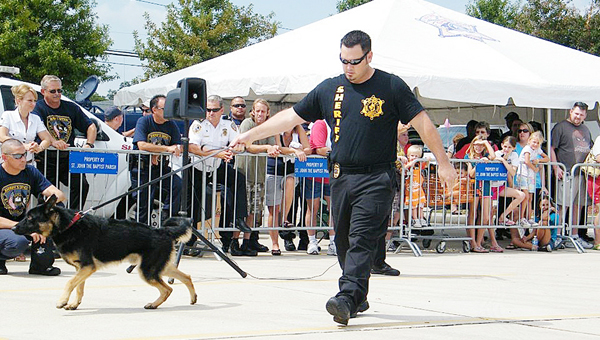 St. John the Baptist Parish Sheriff's Deputy Jeremy Triche was killed in the line of duty in August, 2012.

LSU Eunice Bengal Baseball will honor one of their own and all the men and women of law enforcement during pre-game ceremonies at 3 p.m. today when the Bengals host Delgado in a double-header.

The Bengals plan to honor the memory of St. John the Baptist Parish Deputy Jeremy Triche, who was killed in the line of duty in August 2012. Triche was killed Aug. 16, 2012, when a member of a domestic terrorist group in LaPlace opened fire on him and two other deputies as they were investigating an ambush shooting that wounded another sheriff’s deputy.

A 2002 graduate of St. Charles Catholic, he played for the Bengals in 2004 and 2005, finishing his LSUE baseball career with 15 home runs and 63 RBIs. His family will be at Bengal Stadium today as the team honors his memory and his service.

The Bengals will also show their appreciation for the men and women of Louisiana who serve as law enforcement officers.