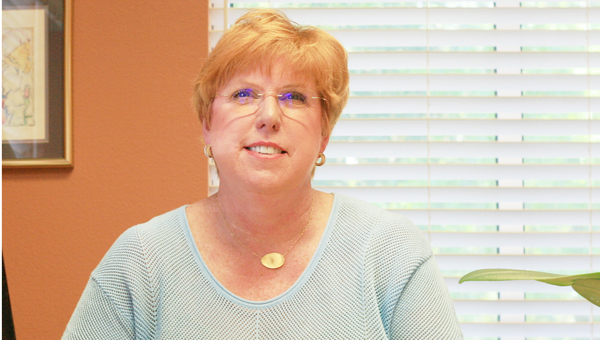 LAPLACE — Wendi DeFrank was a one of 18 women in St. John the Baptist Parish recently honored for their accomplishments and contributions to their community. DeFrank, originally from Ocean Springs, Miss., has spent the last 23 years helping treat and heal the Parish’s sick children.

For her hard work and dedication, she was recognized during “Celebrating Women from Our Community” March 23 courtesy of the library system.

“Being recognized was an honor, and it was totally unexpected,” DeFrank said. “I felt like I was in a room with very powerful, very smart and very tough women. There were some real movers and shakers there.

“I was overwhelmed to know that anybody even noticed that I was here.”

DeFrank said she knows the parents and children she has seen for the last 23 years, and she knows they know her name but didn’t realized the recognition went outside the medical facility.

“It’s nice to have that recognition because really I hope that what I do makes a difference,” she said. “I hope when I’m finished I did something good.

DeFrank described the night as amazing.

“What (professional women) do is important. We do things differently. Women in business, women in the community come at problems from a different perspective. While I think I’m every bit as good as a male doctor, I’m a different doctor, and that’s OK.”

Lisa Cowart describes DeFrank as down to earth, easy going and dedicated.

“She is a compassionate person,” Cowart said. “She is supportive of anything the staff wants to do that we feel will benefit our parents and patients to make our practice a better practice. She wants to make sure we are the best that we can be.”

DeFrank, who is her own boss, opened Rainbow Pediatrics in 1993.

Cowart is the practice administrator and has known DeFrank since she opened in LaPlace.

“She is very dedicated to her patients and their parents,” Cowart said. “She doesn’t just seem them as part of her work. She really is concerned with what goes on in her patients’ lives after they leave here. She wants to see them, not only as healthy as they can be, but also as prosperous as they can be.”

Before starting her practice, DeFrank said she was fresh out of medical school and residency and had loans to pay back.

Nobody was hiring a full time pediatrician at the time in Metairie so she opened her own practice in LaPlace.

Because of her love of children, DeFrank said she originally didn’t want to become a pedestrian because she didn’t want to treat children who were sick or, potentially, dying.

“I held onto that firmly for the first two years of medical school,” DeFrank said. “In my third year we started doing rotations through the different specialties. I started with psychology. I did not like that. I felt depressed every day of that six weeks.”

DeFrank next tried being an OBGYN but found she liked dealing with the child more than the mother.

“Then I went to pediatrics and from the very first day I was on the pediatrics rotation I felt at home and comfortable,” DeFrank said. “Even in a tertiary facility where children were dying of cancer, cystic fibrosis and severe sickle cell anemia, it was still my place, and I felt comfortable there.”

For DeFrank the best part of her job is being able to watch her patients grow from newborns to young adults.

“I know them and their families,” DeFrank said. “The best thing that happens, and it happens a lot, is when former patients come back to me married with kids of their own. Talk about gratifying. I love that they would have confidence in me.”