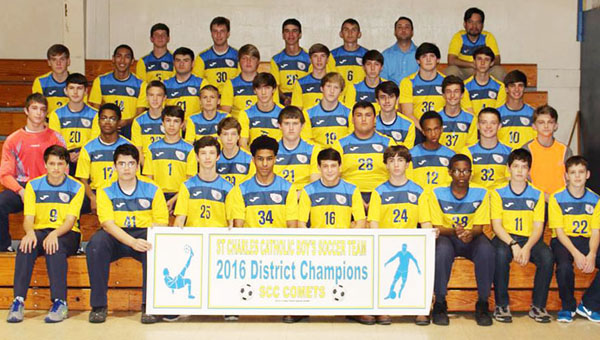 LAPLACE — Ever since the Louisiana High School Athletic Association began seeding its brackets, district championships have lost some of their luster.

Try telling that to Riverside Academy and St. Charles Catholic.

Since the 2015-16 soccer season ended, there has been a dispute brewing over which team is the rightful District 6-IV champion.

St. Charles says it is; Riverside says it is the co-champion.

Riverside Academy Athletic Director Timmy Byrd didn’t think that was right and disputed the verbal agreement that had been made between the two coaches.

With no written bylaws and tie-breaker rules in place, he said, the decision should be made based upon the LHSAA handbook which states: “If a district championship is tied teams shall share the championship honors and shall qualify for the state playoffs from that district.”

“I don’t care what the coaches agreed upon,” Byrd said. “There is nothing in writing. They don’t have the authority to make that decision. Only the principals can make that decision. Why should we punish the kids for what the grown-ups did? As far as I’m concerned, because they finished with the same district record, they are co-champions. Just like in basketball.”

“The Athletics Director has no authority over this,” LeBlanc said.

“There were rules in place. We did not write any by-laws. We agreed before the game. Nobody wanted a tie in district, so we decided whoever won the game would win the district.”

Jacob Doyle, director of media relations for the LHSAA, said the Association normally lets the districts decide who their champion is and how it’s determined.

“In soccer, it really doesn’t mean anything other than bragging rights because it doesn’t affect the seeding,” he said.

“In basketball, it actually matters because you get a power point for it.”

Doyle added St. Charles was reported as the district champion.