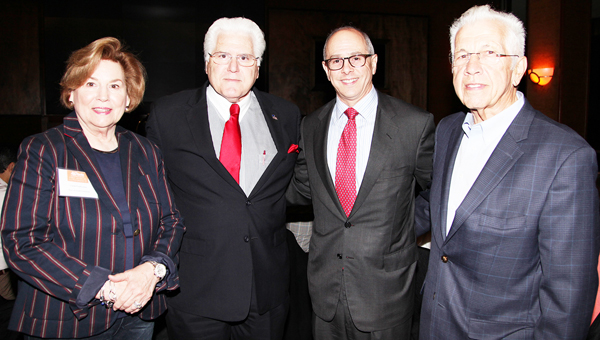 This year’s LA Ports are Bridges to the World conference was marked by discussions on dredging of Louisiana’s waterways, the condition of the state’s transportation infrastructure and the status of the oil and gas industry.

As of late, high water and depth restrictions have brought to the forefront the significance of maintaining proper waterway depth, particularly that of the Mississippi River, for the economic health of the state and nation. According to economic estimates, the Mississippi River and its tributaries have over a $200 billion annual impact on the U.S. economy.

As Sean Duffy of Big River Coalition stressed during the conference, it all starts with funding from the federal government.

“We have ourselves a 10,000-pound gorilla and not enough bananas,” he said.

“This issue is critical to Louisiana’s federally maintained ports and to not dredge these waterways impacts regional and national commerce, affects Louisiana job growth and reduces our economic competitiveness,” Boustany said.

A healthy infrastructure in Louisiana is imperative, especially when five Louisiana ports rank within the largest 11 tonnage ports in the United States. As presented by Dr. James Richardson, one in five jobs are attributable to trade-related industries.

The demand for oil cannot keep up with the surplus worldwide (2.6 billion barrels per day), lowering prices and causing mass layoffs.

In turn, health care, education and the transportation system have been negatively impacted.

Louisiana is grappling with a $1.9 billion deficit looking into 2017 and many feel things will get worse before it gets better unless members of the Organization of Petroleum Exporting Countries reduce production, thereby giving prices a chance to rebound. That doesn’t seem to be the case, as presented by Emile Dumesnil, President and CEO of Dynamic Energy Services International.

Dumesnil believes a rebound may be in site in 2018.