Once denied, School Board again seeks $2M from FEMA 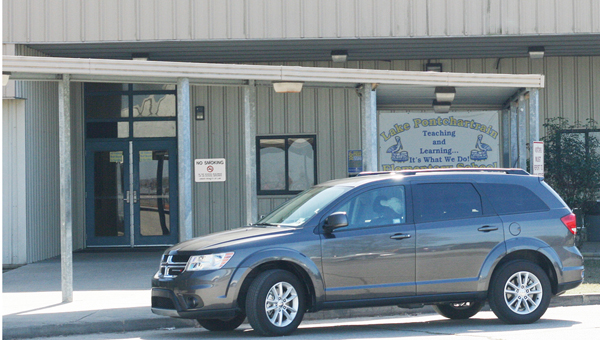 A vehicle sits outside the temporary campus for Lake Pontchartrain Elementary School Thursday.

LAPLACE — Public school officials are seeking a little more than $2M in funding from FEMA to help defray the cost of setting up a temporary campus for Lake Pontchartrain Elementary School, where students have been without a permanent home since Hurricane Isaac struck the region in 2012.

Superintendent Kevin George said GOHSEP representatives plan to set up a meeting with FEMA officials in the next month so School District leaders can formally request the federal funding.

“GOHSEP feels like we have a strong case,” George said. “We’re going to tweak our presentation a little bit based on our meeting (Tuesday) to make sure we paint the entire picture of everything that happened once Hurricane Isaac hit us in 2012.”

According to George, it cost the School District approximately $2.7 million to set up Lake Pontchartrain Elementary’s temporary campus on the southwest end of the East St. John Elementary School site.

The School District purchased those buildings so rental fees are not being paid. If approved, George said FEMA would fund 75 percent of the total cost.

A potential hiccup in receiving the funding was the School District’s delay in setting up the temporary campus and the availability of other elementary schools.

A FEMA spokeswoman told L’OBSERVATEUR this week it was her understanding the presence of operating elementary schools in St. John Parish that could have taken in displaced students was the reason FEMA was not funding Lake Pontchartrain Elementary’s temporary campus.

“However, recent discussions with the School Board has revealed additional information, which we believe will cast new light on its request,” DeBosier said. “We are optimistic that this latest request will result in a more favorable FEMA decision. GOHSEP will be engaging FEMA Region 6 within the next 30 days for reconsideration.”

“That didn’t work out,” Boughton said. “The Board decided to fund their own temporary campus and ask for the money after. (The students) are safe and sound in a nice temporary campus. They are not getting bused all over the parish.”

“We feel like once they hear our presentation, they will understand why we did what we did and when we did it and would fund our temporary campus,” George said.