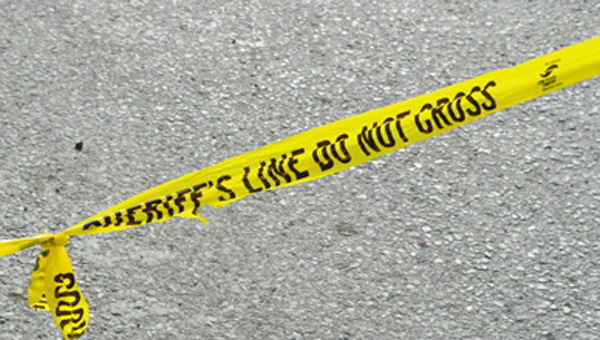 Four St. John the Baptist Parish residents with a history of robbing drug dealers targeted a Kenner pusher Friday evening, resulting in a shooting and the death of a Reserve teenager, authorities said.

KENNER — Four St. John the Baptist Parish residents with a history of robbing drug dealers targeted a Kenner pusher Friday evening, resulting in a shooting and the death of a Reserve teenager, authorities said.

As of Tuesday morning at press time, two suspects remain at large, Kenner authorities said, while three others face numerous charges, including robbery and manslaughter.

The four drove Friday from LaPlace to Kenner, McGregor said, adding Martin and Perrilloux were armed with handguns.

“Martin and Hall met with Dayan Sanchez and an unknown male to acquire marijuana Sanchez was selling,” McGregor said. “During the illegal drug transaction, Martin and Sanchez were involved in a shooting, which resulted in the death of Martin.”

Kenner police officers responded to the shooting and apprehended Perrilloux near the Sugar Mill apartments on Williams Boulevard in Kenner. Police said Perrilloux had a handgun concealed in his pants. Hall was apprehended in the 4300 block of Idaho Street, attempting to flee the scene, McGregor said.

A gun and marijuana were located near Martin, 19, who was found shot dead in the 2100 block of 43rd Street in Kenner. Police said Martin was a Reserve resident.

“(Martin) actually set up an armed robbery,” McGregor said. “We believe we have everybody involved as far as shooting. We don’t have all the players that set up the robbery. We believe they may have done this before.”

Police described the fourth suspect from St. John Parish as a black male, possibly from Reserve.

Sanchez will also be booked with probation violations.

“Sanchez refused to cooperate with the investigation,” McGregor said.

Kenner Police are still searching for the male who accompanied Sanchez to the illegal drug sale. They describe him as a dark-skinned Hispanic male with a red skin tone who stands 5’10” tall.

Police said Perrilloux, 18, and Hall, 21, are boyfriend and girlfriend, adding Perrilloux of Reserve is charged with criminal conspiracy to commit armed robbery and illegal carrying of weapons.

Hall of LaPlace is charged with criminal conspiracy to commit armed robbery.

Police said a review of Sanchez’s criminal history reveals he pleaded guilty to simple robbery on Feb. 9, 2015, in which he received a suspended two-year sentence and active probation. Due to his conviction, he is not allowed to own or possess a firearm, in addition, his provisions of probation prohibits engaging in criminal activity which violates his probation.

Martin was found to have a Nov. 8, 2014, arrest in St. John the Baptist Parish for the crime of aggravated assault with a firearm.