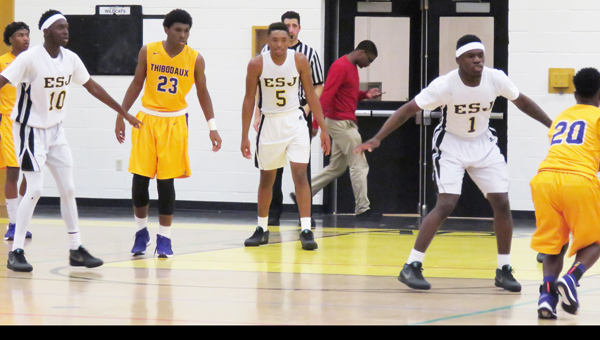 Over the last week the team has come up with solid wins over Ascension Christian and Northlake Christian and lost a close one to Class 5A opponent St. Amant, 53-49.

Have those contests prepared St. Charles for what’s to come Thursday night when the Comets travel to Riverside Academy?

After two tense football games in the fall, including a semifinal playoff game, there is little doubt that the rivalry will carry over to the basketball court.

“Any time we play St. Charles, it’s important,” said Riverside sophomore guard Jared Butler. “We could play them in golf, in anything, and it would be a rivalry.”

Comets coach Kemper Todd said he and his players have to prepare for this game just like any other.

“We’re not going to do anything different,” he said. “We have to treat it like any other game. It’s definitely a measuring stick for us.”

The Comets have been playing well, Todd said. They went 13 for 13 from the free throw line against Northlake Christian. Jobe Kelly scored 16 with a pair of 3-poiners. Jordan Arceneaux led all scorers with 19 points.

Riverside’s progress is usually measured in championships. The Rebels have won the Class 2A state championship three years in a row. Already this season they have won the Holy Cross Tournament, the Country Day Tournament and, last weekend, the Sugar Bowl Tournament. The team is ranked No. 2 in the state and 33rd in the nation by MaxPreps.

“It was a big win,” Rebels coach Timmy Byrd said. “We generally feel like, whoever wins that tournament is the best team in the state.”

East St. John pulled out a solid 55-53 victory over Thibodaux on Friday.  Troy Green scored 20 points for the Wildcats (9-9).

West St. John dropped to 1-9 following an 83-56 loss to Lutcher. The Rams will host South Plaquemines on Thursday.