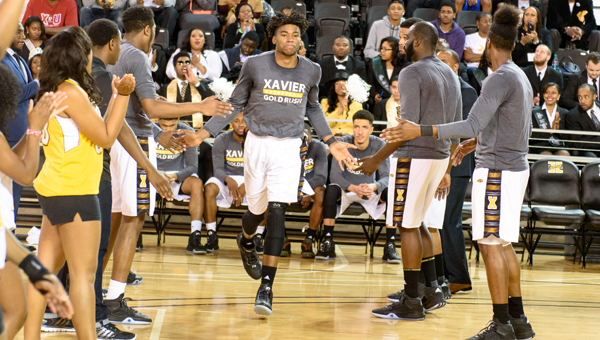 NEW ORLEANS — It may have taken former East St. John stand-out Elex Carter a little extra time to find the right basketball home, but now that he has, he is making it his own.

A 2013 graduate of East St. John, Carter is now a starting forward for the Xavier New Orleans Gold Rush. Last week he achieved the team’s first double-double of the season, recording a career-high 11 points and 10 rebounds in a 68-44 victory against Fisk in the Gold Rush Holiday Classic tournament.

Heading into Monday night’s game against Edward Waters College, Carter has started 13 of 14 games, averaging 6.4 points per game (fifth on the team), a team-leading 5.1 rebounds and has a team-leading total of 19 blocked shots. Xavier is 12-4 and ranked 17th in NAIA Division I.

Carter just took the long way from Reserve to New Orleans. An All-Metro and All-State selection as a senior, he averaged 7.6 points, 12.5 rebounds, 5.3 blocks and 1.2 steals for the Wildcats. Recruited by Tulane, UNO and Xavier, among others, Carter chose to sign with Southern in Baton Rouge.

He transferred to Xavier this season, joining former Riverside player Lucas Martin-Julien on the roster and following in the footsteps of several other River Parishes recruits over the years.

“We recruited him right out of high school but he went to Southern,” said Xavier men’s basketball coach Dannton Jackson. “But through our pipeline there, and with his coach being a really good friend, we were able to keep our connection to him.”

“He is a great addition to our basketball team,” Jackson said. “He’s a force down low in the paint. He’s been a force for us on defense. He’s a great team player. He’s very fun to coach and just a good guy. Heck, he had a 3.0 last semester.”

Jackson added: “He has a big window to improve. He’s getting better and better every day. The sky’s the limit for us with him. He’s going to continue to get better. And we have him for two more years after this. Lucky me.”