SCC is looking to redeem itself following a loss last week at the hands of East Ascension High School.

“We felt like we gave the game away,” Frank Monica, St. Charles Catholic head football coach, said. “We realized we have to go back and correct the mistakes and hopefully not allow (a loss) to happen to us again.”

Monica said the team isn’t going to let one loss stop it from continuing to win.

“It’s never good to dwell on a loss.” Monica said. “The important thing is that the players learn they have to be able to forget and go on to the next one. Win or lose, they have to go back to practice and correct mistakes anyway. The most important thing is how you handle adversity. We’re not going to sit around a mope about it. We’re going to try to get better.”

Monica said this week’s practices are focusing on fixing what went wrong.

“The most important thing is to correct the mistakes and hopefully don’t let the same mistakes be repeated,” he said.

“Unfortunately, when you’re dealing with young kids, you have to try to correct every little thing, every step and every little attitude. You have to make them accountable for everything they do wrong.”

Monica said the Comets won’t be doing anything different when practicing for their homecoming game.

“We try to practice as hard as we can because that seems to be what the culprit is. Our practices have not been what we wanted them to be, and that caught up with us.”

Monica said SCC goes into every game with the same frame of mind, no matter who the opponent is.

“This team has a lot of talent,” Monica said. “When we go in each week, we don’t read the jersey. We worry about ourselves. It’s important that SCC players worry about SCC players and not about the opponent. It doesn’t matter who is across the line of scrimmage and what jersey they are wearing if we’re supposed to be blocking them or lining up correctly.”

The Comets aren’t getting overly confident this week even thought Wright has lost three of its last four games this season. 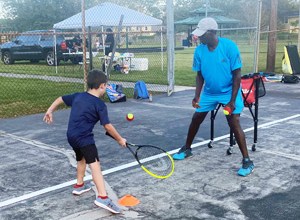 Riverside defeated, not giving up