Students use description to help with writing details 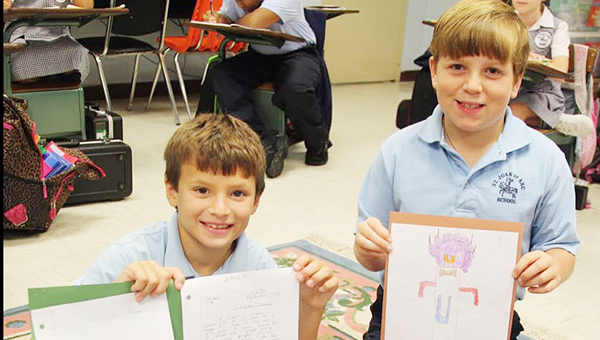 To demonstrate the importance of being very clear when writing, each class designed a creature and constructed a paragraph describing it in detail. The paragraph was then sent to the other class for them to draw the creature described. The original drawing was compared to the other class’ drawing to see how complete their descriptions were and to illustrate why descriptive details are so important.

Then each fourth grade student wrote a descriptive paragraph about a creature. After completing the final copies of their work, they traded paragraphs with a classmate and attempted to draw the creature described in the writing passage.

After the pair had completed their drawings, they compared the original drawings with the copies and discussed the strengths and weaknesses of the writing selections.