One step away from majors: Trepagnier moves up in class after trade 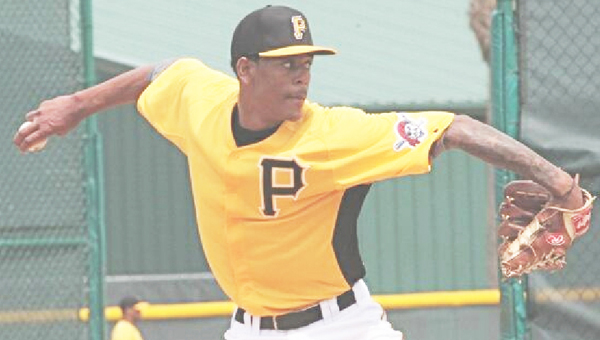 PEARL, Miss. — Bryton Trepagnier has lived an interesting life the past five years.

The 23-year-old minor league baseball pitcher was a high school phenom who was drafted by the Pittsburgh Pirates in 2010 out of East St. John.

Unlike many of his peers from his high school days who either went to college or into a career after high school, the 6-foot-6, 208-pound Trepagnier has been bouncing around the minor leagues for the past five years.

“It has just been awesome,” Trepagnier said. “As a kid you never really think you’ll have this opportunity. You just play baseball and wherever it takes you it takes you. I got to a point in my life where I realized that I didn’t want to wait for it so I just took my opportunity and I am still going with it.”

It was not until his senior year at ESJ Trepagnier realized he had a good shot at playing pro baseball. In fact, prior to the draft he committed to Bossier Parish Community College, but it became clear after playing for a travelling team the summer prior to his senior year that he was starting to turn heads on the professional level.

“Going into my senior year I had one or two scouts showing up, and then by the end of the year, I had eight or nine scouts showing up and I knew it was pretty serious,” Trepagnier said. “I guess it was that point when you have so many major league scouts when you realize this is the real deal.”

When he was drafted in the 41st round Trepagnier never looked back.

“It was a good opportunity,” Trepagnier said. “When I got drafted I was 18, I was pretty young. My biggest thing was just getting adjusted to professional baseball. You are so young you don’t know what to expect. After a few years I got the hang of it and it has worked out for the best.”

For past five years, for seven months a year Trepagnier has been playing baseball day in and day out along with extensive training during the offseason.

During the season Trepagnier said it is a grind in which he and his teammates play up to seven days a week.

“We probably get off two days a month, but the routine is pretty much the same,” Trepagnier said.

If that were not enough Trepagnier played in a winter league at the end of the last regular season.

“I had a good year last year,” Trepagnier said. “The winter ball league I went to was in Puerto Rico and they have a lot of big league guys I thought would prepare me for the next level. And in the end it did. I went down there and it helped me a lot.”

At the beginning of this season Trepagnier was part of a trade from the Pirates to the Atlanta Braves, who relegated him to the Mississippi Braves based in Pearl, Miss. He has made the jump from Class-A baseball to Double-A baseball.

“I started off kind of rough getting adjusted,”  Trepagnier said.

“Double A is right by the big leagues. But I am definitely settled and feel like I have found myself and do what I need to do.”

While the jump from Class-A to Double-A undoubtedly increases his chances of earning a major league appearance, Trepagnier said it is hard to tell what might happen.

“This year actually we had four or five guys get called up. It made me realize how close I was,” Trepagnier said. “You are playing with a guy one day and the next day you see him on a big screen in Atlanta.

“You don’t realize how close you are until you see somebody you know gets called up and they give you advice to keep pushing and soon it can be you.“