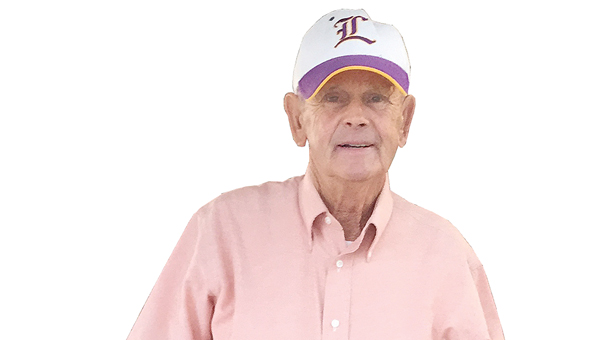 “If there’s one thing they want, if they don’t grow them, they are looking to buy them as early as possible in the year,” he said.

Raymond “T-Black” Millet hosted the event at his location in Paulina.

In past years, Millet told LSU AgCenter officials he has raised as many as 5,000 tomato plants, but now his age has forced him to cut back on that number.

“I worked 49 and one-half years in the gas pipeline business, and when I retired I wanted to raise a few tomatoes and make a little money,” Millet said.

He uses a special process in his tomato operation, and Roussel said it ensures that he brings in the earliest tomatoes each year.

His crop didn’t look as well as he would have liked this year because of rain, he said.

One of the highlights of the day was the Biggest Tomato Contest. Millet received a $20 cash prize for the biggest tomato weighing 19.4 ounces.

Many of the attendees participated in a blind taste test, evaluating the flavor of the six new varieties planted this year.

After tallying votes, Red Morning and Red Mountain ranked as the best tasting varieties to participants.

These varieties are available for public purchase as seed, but transplant material will be limited.

Both East and West St. James Parish Farm Bureau Federation were the sponsors of the Field Day and Garden Contest for 2015, and their commitment to St. James Parish Agriculture is appreciated.

Southern wilt disease is one of the early-season problems growers will experience with tomatoes.

“The bacteria clogs the water reservoirs in the whole plant, and the plant will begin to wilt and will not recover,” Singh said. “The best control is crop rotation because the bacteria stays in the soil from three to four years.”

The area has a lot of small growers who sell tomatoes locally to grocery stores and at roadside stands.

“Many of them still prefer the older varieties, so we try to show them some of the newer varieties that have better disease resistance and higher production capabilities,” Roussel said

On some of the insects that may be causing damage in vegetable gardens.

“Some of these insects are small, such as leaf miners, and normally aren’t causing enough problems to warrant spraying,” Simoneaux said.

The tomato hornworm is an insect that needs to be scouted for because if it’s not found when it’s small, it can do a lot of damage to the plants, Simoneaux said.

“Make sure to read the label on insecticide containers to insure that you are applying the appropriate chemical for the pest that you are seeing in your garden,” she said.

Orgeron said one thing growers need to be careful about is how they apply different chemicals.

“Some of these herbicides are volatile, and you have to incorporate them into the soil, as they can evaporate in 24 hours,” he said.