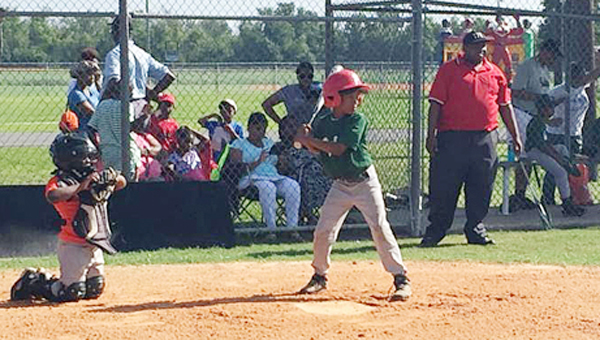 The St. John the Baptist Parks and Recreation 2015 Dizzy Dean baseball action, left, has started, and a schedule of games is posted at sjbparish.com.

The St. John the Baptist Parks and Recreation Department recently kicked off the 2015 Dizzy Dean baseball season. The 2015 baseball league consists of 16 teams scheduled to play approximately 80 games through July.

“The opening tournament was a great success and we look forward to a busy fun-filled summer,” Director Kerry Watkins said. “A special thanks to my staff and the parents for assisting with the tournament. Based on the past performance of our teams, we have high expectations for a winning season.”

A schedule of games and photos are posted at sjbparish.com.