Forecast for fewer storms not slowing down preparation 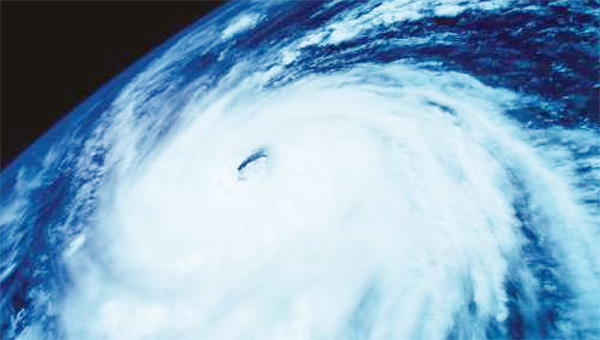 LAPLACE — Monday marks the start of the 2015 Atlantic Hurricane season, and authorities advise the time to prepare is now.

Tropical Storm Ana, the first named storm this year, made landfall Sunday on the East Coast. According to hurricane specialist Michael Lowry of The Weather Channel, Ana is the second earliest landfalling tropical storm on record in the Atlantic.

“While we are pleased that the forecast is for fewer storms this year, it only takes one storm to wreak havoc on a community,” Robottom said. “Therefore preparation is the key.”

Robottom said she, her staff and partner agencies remain committed to hurricane preparedness and outreach efforts to assist residents in their preparedness efforts.

“Emergency responders and department heads have ongoing interactions with state agency representatives during weather events and other emergencies and infrastructure improvements remain a priority,” Falgoust said.

“Prepositioned contracts and agreements for transportation, sheltering, pets, generators, disaster recovery and a last resort shelter are in place while staff continues to meet to review emergency plans and procedures.”

“Hurricane season planning meetings allow parish officials to foster strong relationships with our state counterparts so we are familiar with each other in the event of an emergency,” Jobe Boucvalt, public safety director, said. “In addition, it is always helpful to hear from our neighboring parishes and maintain open communications throughout our region.”

Falgoust said in an effort to monitor rainfall and water levels, rain gauges have been installed at fire stations and water plants throughout the parish, in addition to Lake Pontchartrain and Lac Des Allemands.

“Having gauges at these locations allows us to monitor rainfall and water levels that may pose a threat to our community,” Boucvalt said.  “Weather Bug has also been installed in the Emergency Operations Center, which provides ongoing weather updates at our fingertips.”

Falgoust said interim flood protection measures are in place through a cooperative effort with the Army Corp of Engineers and Pontchartrain Levee District to protect and supplement water infrastructure during emergencies. Back-up systems for water in LaPlace, additional generators, elevated electrical components and preventive maintenance on the water system have been completed, she added.

“To address damage caused by Hurricane Isaac and previous hurricanes, 24 submersible pumps are being installed at 12 lift stations and electrical components are being relocated to prevent future flooding,” Falgoust said, adding canal and culvert cleaning has been completed and Canadian National Railroad will clean and install a number of culverts and culvert extensions under its railroad to bolster drainage.

L’OBSERVATEUR readers will have access to a hurricane tracking map, which will appear twice a month in June through August newspapers. In June the maps will appear in the 17th and 24th editions.

Residents of the River Region can save money while getting prepared for the storm season by participating in Louisiana’s Hurricane Preparedness Sales Tax Holiday.

Going on today and ending at 11:50 p.m. Sunday, tax-free purchases are authorized on the first $1,500 of the sales price of various hurricane-related supplies. For a full list of eligible items and conditions related to the sales tax holiday, visit revenue.louisiana.gov.

Residents with medical disabilities or special needs should call the Health and Human Services Department at 985-652-9569 to register in advance for evacuation plans, Falgoust said, and parish public safety and communications staff are available to conduct hurricane preparedness presentations for the public, town hall and neighborhood meetings by request. Call 985-652-2222 to schedule a presentation.