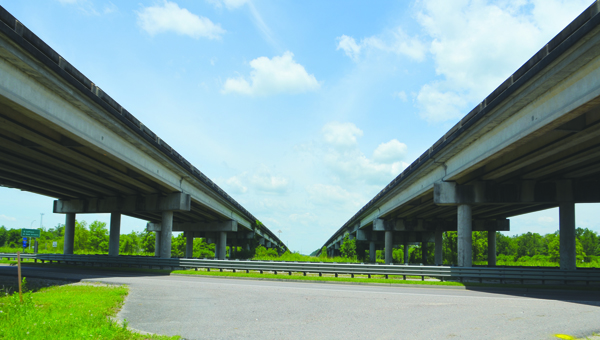 Public comments are being taken until July 1 on the proposed plan for a Reserve-to-Interstate-10 connector.

RESERVE — Public comments are being taken until July 1 on the proposed plan for a Reserve-to-Interstate-10 connector.

The connector, known as AP-6B, would extend from Airline Highway at W. 10th Street/Regala Park Road in a straight shot northwest to I-10, and include an elevated roadway over a portion of the wetlands. The project would affect roughly 49 acres of wetlands and could save parish drivers 27,825 minutes of gross travel time per day by 2028, according to officials.

DOTD Environmental Impact Manager Maria Reid said the public comment portion of a large project such as this is crucial.

“Part of this project is public involvement,” Reid said. “Public comments are very important. A lot of people say, ‘well y’all have already made up your mind.’ That’s not true at all.”

Reid said she’s seen many projects altered dramatically because of public outcry or if residents bring to light impacts officials hadn’t considered before.

“There’s a lot to be said about local knowledge,” she said.

All written comments regarding the Reserve-to-I-10 connector project may be faxed to 504-885-0595 or mailed to the following address, postmarked by July 1: Bruce Richards N-Y Associates, Inc.
ATTN: Reserve to I-10 Connector EIS
2750 Lake Villa Drive
Metairie, LA 70002.

Numerous project staff members were on hand to answer questions concerning the project at a public hearing Thursday in Reserve, where they said continued growth of the Port of South Louisiana and economic growth of the East Bank of St. John the Baptist Parish warranted an additional I-10 access point for the parish.

Reserve native and resident Sydney Sanders, who is 81, attended the hearing and said he is in favor of the connector.

“It would be great,” he said smiling. “But I might be too old to ride on it.”

“People asked for that and they gave us that nice highway,” he said, adding the proposed interstate access would give residents an additional storm evacuation route. “We need a better way to get out.”

Parish President Natalie Robottom has said the Port of South Louisiana, local industry and South Central Louisiana Technical College could all benefit from a more direct access to Reserve, and such a route would have positive impact by reducing the amount of truck traffic passing through residential areas and down Airline Highway.

She added a new I-10 access point would provide, among other benefits, an additional evacuation route for parish residents. She said the route is essential considering both parish interstate ramps flooded during 2012’s Hurricane Isaac, and access to St. James and St. Charles Parishes was also not an option because of flooding.

The project’s history dates back to 2004, and project consultant Bruce Richards said total project cost, including all mitigation and construction, would top $95 million. DOTD Public Information Officer Bambi Hall said no funding source has been identified for the project.

Once green-lighted, officials said it could take up to 10 years for the project to be completed.

SCSO participates in statewide Drive Sober or Get Pulled Over campaign