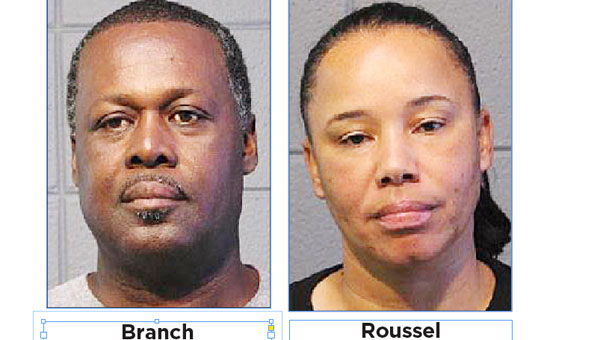 Kevin Branch, 55, of LaPlace and Danielle Roussel, 43, of Paulina each pleaded guilty in 40th Judicial District Court to counts of false swearing, a misdemeanor.

LAPLACE — The legal saga is far from over, but on Tuesday Attorney General Buddy Caldwell announced two former St. John the Baptist Parish Water Works employees were convicted of false swearing for covering up their failure to properly collect and record water samples from testing sites where a brain-eating ameba was found in the parish’s water system.

Kevin Branch, 55, of LaPlace and Danielle Roussel, 43, of Paulina each pleaded guilty in 40th Judicial District Court to counts of false swearing, a misdemeanor.

According to Louisiana Revised Statute, false swearing is “the intentional making of a written or oral statement, known to be false, under sanction of an oath or an equivalent affirmation, where such oath or affirmation is required by law.”

An October Grand Jury indicted the two for falsifying information on the water testing logs they were required to maintain. Branch and Roussel faced charges of malfeasance in office and filing or maintaining false public records, to which they pleaded not guilty Dec. 8.

Charges of malfeasance in office and filing or maintaining false public records each carries a penalty of up to five years in jail and a fine of up to $5,000. Restitution payments could also apply.

False swearing carries a penalty of a fine not to exceed $500 and no more than a year of jail time.

Branch and Roussel were each sentenced to one year in parish prison, with that sentence suspended, and six months of probation. Each was ordered to pay a $400 fine.

“These individuals ignored their responsibility to ensure the safety of the parish’s drinking water supply, and they are being held criminally culpable for their disregard for the public’s welfare,” Caldwell said.

Nghana Lewis Gauff and David Belfield III, legal counsel for Branch and Roussel respectively, released a joint-statement in October in which they said the “case evidences the most egregious form of politics: honest, hardworking parish employees at the lowest level of the totem pole have been scapegoated and blamed, because those sitting at the top of the totem pole failed to provide proper training and education on policies and procedures … the officials at the top of the totem pole … continue to work, continue to draw their paychecks, and continue to be able to provide for their families, while Mr. Branch and Ms. Roussel are deprived of these basic rights, despite not being found guilty of any wrongdoing.”

Gauff said Thursday Branch, who was a civil service worker with the parish, is “still in litigation and still appealing decisions made regarding his employment.”

She said he will appear before the Civil Service Board Wednesday.

“He was a scapegoat,” Gauff said.

“There are other people — and they know who they are — who know they were not doing their job. The administration chose to scapegoat two individuals who were the most vulnerable. Hopefully the public will pay attention to that and make informed decisions during the elections.”

Belfield said his client, Roussel, is moving on with her life but would be willing to cooperate with the state and “tell all she knows … and she knows a lot.

“If you believe (Branch and Roussel) have anything to do with the poor quality of the drink water in St. John Parish, I have some ocean-side property in Montana I’d like to sell you,” he said.

The Louisiana Attorney General Office’s investigation that led to the indictments resulted from the Aug. 27 announcement that water taken in a sample two weeks earlier from St. John the Baptist Parish Water District 1 — which serves six parish schools and more than 12,500 people in Reserve, Garyville, Mt. Airy and a small portion of LaPlace — tested positive for Naegleria fowleri ameba, commonly known as the “brain-eating” ameba.

According to Laura Gerdes, a spokeswoman for the Attorney General’s Office, what was found was that Branch and Roussel did not do their job and falsified paperwork to make it seem like they did.

Gerdes said Branch and Roussel were tasked with collecting water samples from at least two locations, including the Lions Water Treatment Plant in Reserve and an additional site in Mt. Airy, to ensure the public water met specific quantities of residual chlorine as required by Louisiana law.

“The employees were to truthfully record those findings on a daily log, which was to be filed with the Department of Health and Hospitals each month,” Gerdes said in a press release.

According to the indictment, the investigation unearthed inconsistencies in reports by Branch and Roussel and data from global positioning systems that were permanently attached to the parish vehicles the two employees drove.

The GPS systems indicated Branch and Roussel did not collect the samples they attested to, with data showing on numerous days the employees alleged to have tested water samples when they were not near the site of testing.

“I appreciate the Louisiana State Police, the Department of Health and Hospitals and the St. John the Baptist Parish Government for their efforts in this investigation,” Caldwell said. “The Parish was extremely cooperative in sharing information from its internal investigation and officials there are committed to providing their residents with quality drinking water.”

He said “as a result of this investigation and in consultation with state and federal public health regulatory agencies, the Parish has made and continues to make significant personnel and policy changes in order to have a much safer and much more stable water supply.”

Parish President Natalie Robottom said she was unable to comment on the matter at this time. 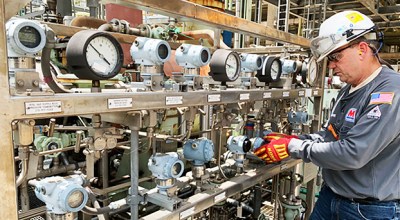