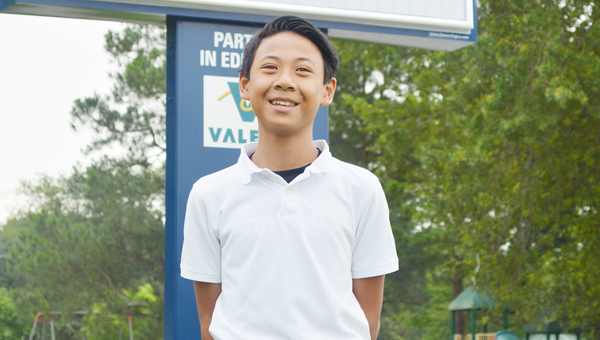 Bradley Lorenzo, an eighth grade student at LaPlace Elementary School, placed fourth in the state in biochemistry at the 61st annual Louisiana Science and Engineering Fair at LSU this spring. (Monique Roth/L’OBSERVATEUR)

LAPLACE — Which detergent extracts DNA the best from fruits?

It’s a question Bradley Lorenzo, an eighth grade student at LaPlace Elementary School, posed and answered in his school science fair project — a project that ended up taking him all the way to the state competition.

Pictured above at right is Bradley Lorenzo, whose project won first place at the school and district competitions before placing second at the regional competition, all which led to the state contest.

Bradley, the son of Elsa and Leo Lorenzo, placed fourth out of nearly 20 students in the state in biochemistry at the 61st annual Louisiana Science and Engineering Fair at LSU this spring. His project won first place at the school and district competitions before placing second at the regional competition, all which led to the state contest.

“I got positive feedback from the judges,” he said about his experience at LSU. “I’m happy I went. I felt confident talking to the judges because I know my project very well.”

Bradley said his brother accompanied him to the state contest. The youngest of four children, Bradley said his family is a great support system and encourages his academic endeavors.

Through his project, Bradley found dish-washing detergent extracts more DNA than laundry detergent. It probably has something to do with the “great grease-removing power” of dish detergent, he said, adding maybe that’s why it was able to extract more DNA.

He used a strawberry and a banana for the study, because those two fruits are high in chromosomes and thus able to produce more DNA.

Just like any other 14-year-old, Bradley enjoys watching movies and playing video games when he’s home. He also enjoys cooking.

“Steak … rib eye …medium,” he said smiling when asked about his specialty.

While at school, Bradley reports his favorite subject to study is math.

“Math is something that comes naturally to me,” Bradley said, adding he has a perfect score in the subject.

He said math has always been his strongest subject in school, and he loves dealing with numbers.

“He stands out in a crowd,” Assistant Principal Glenn Chenier said. “He’s very helpful and a well-rounded young man. I wasn’t surprised when I saw the results and saw him at the top of his category.”

Bradley will attend East St. John High School next school year, where he said he is excited about the opportunity to play soccer. 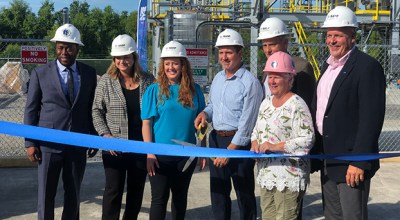 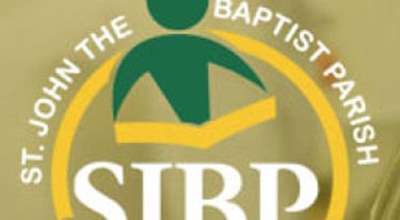