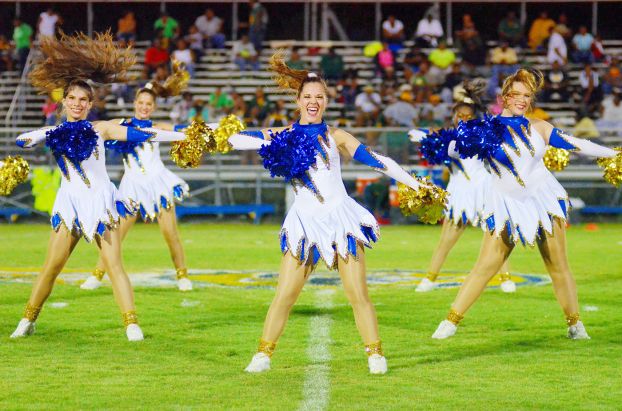 Editor’s note: The following is the first of a 10-week series, “Senior to Senior,” where a River Parishes high school 12th grader profiles one of his or her peers.

Little did she know by the end of her final year, she would have made many important life decisions and accomplished immense measures of excellence.

Kristine, the oldest daughter of Jane and Darren Clement of Reserve, has participated in Sparks, the junior varsity cheerleading squad at SCC, and has been on Starsteppers the past three years, holding the position of captain of the squad in her senior year.

On both of these spirit teams, she received the UCA All-American Award once and American All-Star Award three times.

Clement has been a member of Beta Club for two years, Science Club since junior year and National Honor Society and Retreat Team in her senior year.

As Clement entered SCC, Marie Ory Dupont was the first person to make a lasting impression.

“She looked at me and told Mrs. Celeste (Stein, the Sparks’ sponsor) that she was sure I would grow out of my shyness halfway through freshman year,” Clement said. “Little did she know that wasn’t likely to happen until later in high school.”

Clement admitted going to classes wasn’t the best part of the day, but said if there was one person that absolutely changed that around, it was Rebecca King.

“Being one of my freshman teachers, she kind of set the pace for the rest of my years at SCC,” Clement said. “She was the one that made my outlook on the rest of high school not so negative.”

It wasn’t until into her junior year when taking chemistry with Hailey Levin that Clement said she was sure of what she wanted to become — a pharmacist.

“Taking Chemistry I and II with Mrs. Levin has definitely had a positive influence on my decisions about going to college and entering the pharmaceutical field,” Clement said. “Before I took these courses, I was afraid about my career choice; but through the lessons, experiments and activities completed, I discovered how much I enjoy chemistry.

“I never thought about college before the time came, but I always just assumed I was going to Tulane. Once I actually narrowed down the playing field, it was easier to choose my school.”

Clement plans on attending the University of Louisiana at Monroe in the fall.

Considering her ACT composite score of a 30 and being tied for third in her class rank, it didn’t take long for ULM’s admissions to get in touch and offer a scholarship.

“It’s exciting that they are willing to pay partially or all of my tuition, fees and room and board, and still reward me with an iPad,” Clement said.

So it’s safe to say Clement is entering college the same way she did high school — nervous and excited.

Clement expressed her appreciation towards all SCC has done for her and promised she will never forget the memories she made, the people she met and everything St. Charles Catholic taught her.