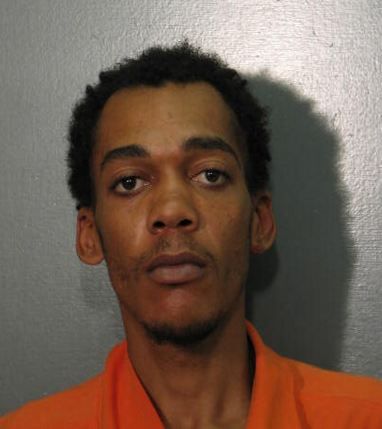 LAPLACE — A Lutcher man in custody in St. James Parish will face additional criminal charges in St. John Parish upon his release in a case that has spanned the neighboring parishes and involves battery and kidnapping charges.

The St. John the Baptist Parish Sheriff’s Office announced Thursday authorities will arrest Jermaine Green, 29, of 2434 N. Courseault St. in Lutcher when he is released from custody in St. James Parish and book him on outstanding warrants for simple battery, criminal damage to property, aggravated flight from an officer and simple kidnapping.

St. John Parish authorities began their focus on Green Sunday, when Sheriff’s Office deputies responded at 10:05 a.m. to Birdies, located at at 901 E. Airline Highway in LaPlace, after a female complainant reported a man was following her.

When deputies arrived, Sheriff Mike Tregre said, they saw a woman in the front passenger seat of a vehicle that was parked near the complainant’s vehicle.

When deputies approached the vehicle the female occupied, the male driver drove past the approaching deputies and fled from the parking lot west on Airline Highway.

“Deputies pursued the speeding vehicle into St. James Parish, where the vehicle finally stopped,” Tregre said. “After a brief foot pursuit, deputies apprehended the driver and identified him as (Green).”

According to Tregre, the female passenger of the car Green was driving told deputies she ended a relationship with Green the night before because of a battery he committed on her.

“Sunday morning, Green forced his way into her hotel room at a nearby hotel,” Tregre said.

“She left the hotel, and Green followed her to Birdies, where he told her, ‘You ain’t getting rid of me that easy!’ and forced her into his vehicle.”

St. James authorities arrested Green Sunday for violations he committed in St. James Parish during the pursuit, which included resisting an officer, driver must be licensed, reckless operation of a vehicle, manufacture/possession with intent to distribute schedule IV CDS, fugitive for other jurisdiction and flight from an officer/aggravated flight from an officer.