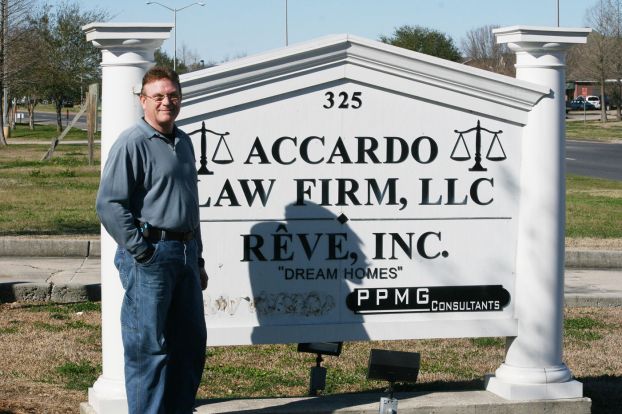 Giving Back: Noel 1st from La. elected to national homebuilders board

LAPLACE — Local businessman Randy Noel takes much pride in his recent election of Third Vice Chair to the National Association of Homebuilders, partially because it allows him a way to benefit his profession on a grand level, and partially because it made a little bit of history.

Noel is the first Louisiana resident elected to the position, which entails a five-year commitment. Each upcoming year, Noel will ascend: to Second Vice Chair next year, then First Vice Chair, then Chairman and finally Immediate Past Chairman.

The NAHB has been in existence for 70 years, with Noel being involved with the organization for the past 20.

“I was looking for a chance to make everyone’s life a little better,” Noel said. “So, I decided to run a few years ago.”

Noel, whose custom home-building business Reve, Inc. was established years ago by his father, was officially elected Jan. 22 and was installed into the position the same day.

“We work with regulation agencies and try to keep costs reasonable for the public,” he said. “We make sure that the laws in place meet their initial intent.”

“You saw rates going to up 20K,” Noel said. “We managed to help get that reversed.”

He said one of the motivating factors in seeking his current position is Louisiana has experienced multiple disasters in recent years, referencing Hurricanes Katrina and Isaac, and the rebuilding efforts thereafter.

“Louisiana has been doing some things really well in terms of making affordable housing available,” Noel said. “I want to continue that on the federal level.”

Thirteen local NAHB homebuilders supported Noel’s run for the seat, both with their votes and their contributions, which he said has made this a special feeling for him.

“Everyone thinks we can do some real good,” he said. “Given (the aftermath of the storms), we feel like we’re well suited in Louisiana to help the rest of the country when a region is faced with another disaster … Mistakes were made at the national level after Katrina, and we don’t want to see a repeat.”

He said he also takes a great deal of pride in the Reve, Inc. operation, which builds between 30 and 40 custom homes a year in the River Region, and which has expanded to New Orleans.

He says the business is in more than capable hands when he’s out of town on NAHB business.

“I’ve got a team of high-quality employees here,” he said. “While I’m gone, they make sure I’ve got nothing to worry about, and that things keep running smoothly.”

St. James School Board members ask for more from parents