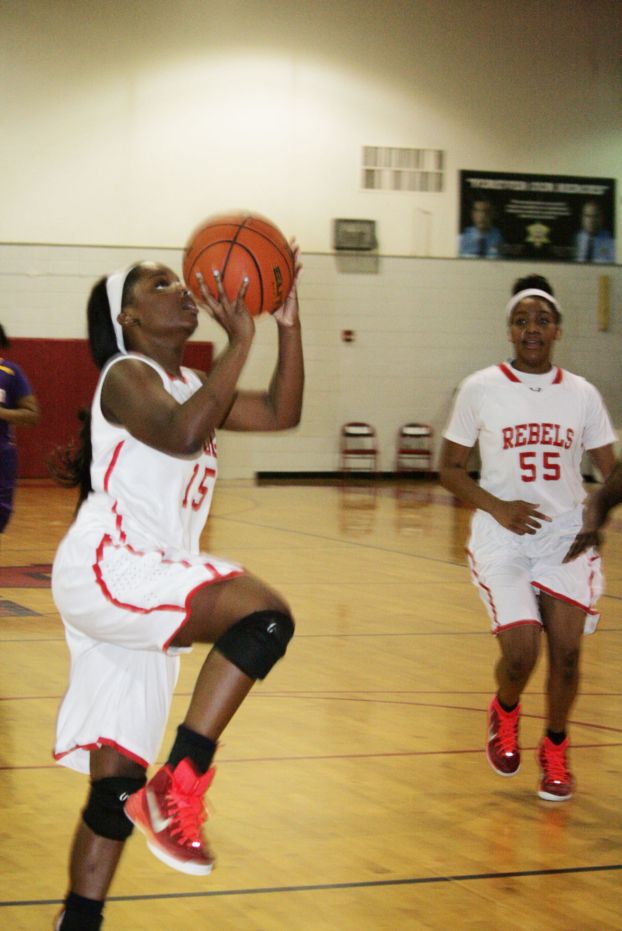 The two teams are considered co-champions of District 8-2A, but the Rebels (20-7, 5-1) earned the district championship power points boost from winning the game. It ultimately bumped Riverside up from the 15th to 11th seed when the final brackets were announced this week.

“I thought when we played at St. James (a 44-40 Wildcats win), we didn’t play well at all,” Riverside coach Kathy Luke said.

“I was disappointed in our effort there. This time around I challenged the girls. I thought we could put together a much better game, and we really did that, I felt.”

White’s performance was one of her best scoring outings of the season, and Luke said the senior showed up when it mattered.

“Kennedy was incredible for us,” Luke said. “She hit free throws in the clutch. I thought Briley played a great game defensively, as well. We were able to build a lead and I thought we played really well at the defensive end until the latter stages of the fourth quarter, when we gave up some easy baskets.”

The Rebels will play Haynes in the first round of the Class 2A playoffs, a rematch of a 47-44 Haynes victory last month.

“Haynes played extremely hard,” Luke said. “They don’t have a lot of size, but they shoot it very well from the perimeter. We need to match their intensity if we’re going to advance.”

St. James finished the regular season with a record of 11-18.

White had 14 points and six steals, Becker had 13 points and four steals and Gautreaux had 10 points and eight rebounds to lead the way for Riverside.