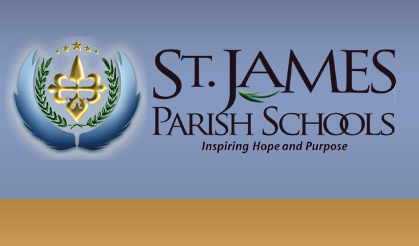 LUTCHER — St. James Parish voters are going to decide in May whether to finance a $52 million funding plan for St. James Parish Schools that includes construction of a new St. James High School near the football stadium along Louisiana 20 and 3127 in Vacherie.

Superintendent Dr. Lonnie Luce stressed at Tuesday’s School Board meeting voters could approve the measure in May and not see a tax increase, because the 10 mills paid already by St. James Parish property owners would be used to repay the bonds.

“The combination of assessment going up and (previous) debt being retired permits the parish now to add additional debt,” School Board bond attorney J. Hugh Martin said following the meeting.

Should voters not approve the proposition, Martin said, eventually, property owners within the St. James Parish School District — which has the same boundaries as St. James Parish — would see a reduction in the 10 mills they are currently paying.

If approved, money generated from May’s election would allow the new St. James High School construction and help improve school buildings and other school-related facilities in the district.

“I think, with the bond issue, hopefully the residents will pass it, and we’ll be able to do work at all the schools,” Nassar said. “The citizens of St. James Parish have been very good as far as bond issues and millage elections. I think the Board members will be able to get out in the community, hold community meetings and discuss the plans for the bond issue and what exactly is going to take place with the money.

“Once we get out in the communities and explain in each district exactly what we’re doing, I think the community will go along with us.”

Luce said parish and economic officials feel the school’s relocation on the 54.5-acre site corresponds with residential growth in that region.