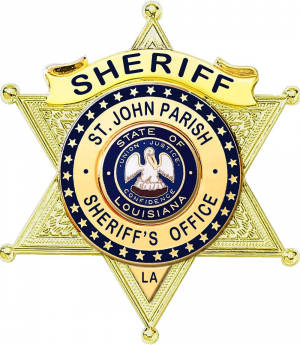 LAPLACE — A male teenager was arrested and two other suspects are still being sought after authorities said the trio was involved in the burglary of a LaPlace home last week.

Tregre said it is “very possible” the three suspects have been involved in other home break-ins, adding it is likely the other two suspects are also juveniles.

The arrested teenager, who Tregre said was identified by detectives through the review of video surveillance, was released to the custody of his grandmother.

The case began after deputies responded to the home alarm of a residence in the 2300 block of Virginian Colony Drive in LaPlace at 2:18 p.m. Jan. 7. The victim reported a video gaming system, several pairs of shoes and currency were stolen from the home.

Anyone with information regarding this burglary is asked to call the St. John the Baptist Parish Sheriff’s Office TIPS line at 985-359-TIPS or Crimestoppers at 504-822-1111.

Residents who call Crimestoppers do not have to testify in court and may qualify for a cash reward.

Tips can also be submitted on the Sheriff’s Office website at stjohnsheriff.org/submitatip.php.

The St. John the Baptist Parish Council approved one new parish director but tabled the decision on another Tuesday night... read more